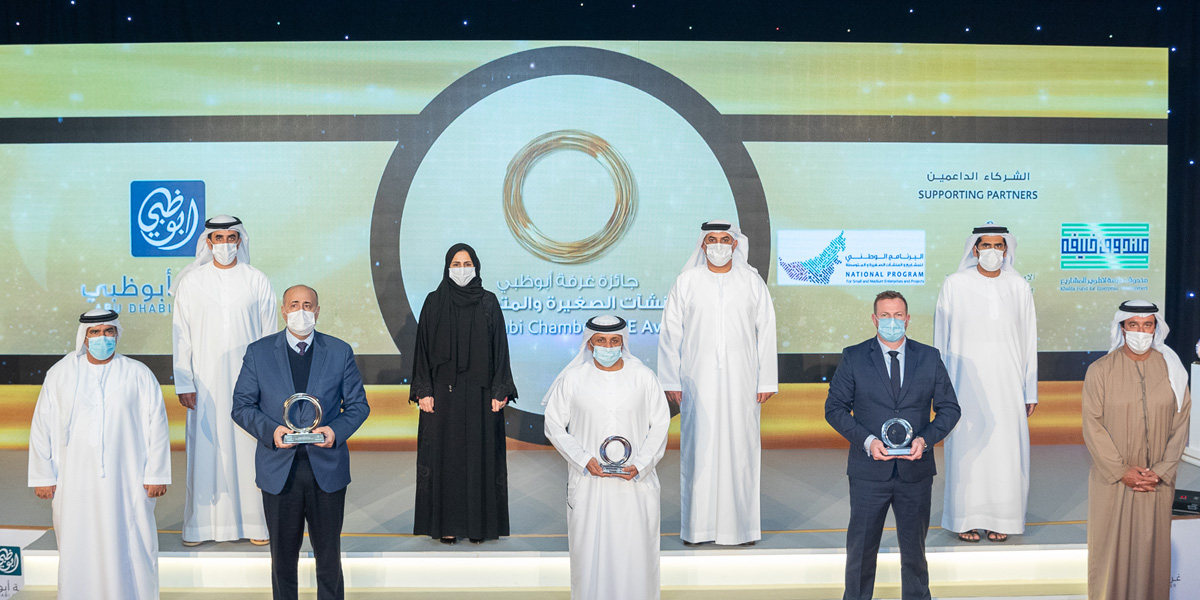 The first edition of the Award has witnessed the participation of 75 companies operating in diverse sectors across the UAE.

The first edition of the Award has witnessed the participation of 75 companies operating in diverse sectors across the UAE including trade, retail, healthcare, contracting and industrial sectors as well as the educational, ICT and sports sectors just to name a few.

The participants have gone under a number of evaluation phases by specialized assessment teams throughout November and December 2020. The evaluation process included a study of the submitted documents and virtual field visits while following the best international practices in this regard.

The assessment teams also prepared the necessary reports and raised them to the jury, which was assembled by the Chamber from internationally experienced and competent experts in businesses and corporate assessment, in order to follow up the assessment process and review the evaluation results to maintain integrity and neutrality and to approve the results.

“This reflects our ambitious mission in the Abu Dhabi Chamber to build an innovative sector able to cope with the future and realizes the economic vision of Abu Dhabi,” he added.

Al Mheiri pointed out that the SMEs sector is the driver of economic development in the country, and thus, the Abu Dhabi Chamber, considering it a key part of the national economic system, has adopted a number of initiatives including the SME Award with the aim to spread and promote the culture of innovation, creativity and entrepreneurship development.

“The Chamber also provides constant support and motivation for Emirati nationals to enter the job market and contribute to the GDP of the country considering the huge role SMEs play in enhancing the position of the country and considering it a hub for entrepreneurship regionally and internationally,” he said.

“The wise leadership of the UAE was aware to employ all the economic capabilities according to a wise vision of building and making accomplishments. This is where the Abu Dhabi Chamber get its inspiration in every initiative it launches to be a real contributor to realizing the objectives of the “UAE Centennial 2071” and Abu Dhabi plan for sustainable economic development, which aims at expanding growth aspects for SMEs and strengthen the culture of entrepreneurship and talent development.”

The Director General concluded by saying: “I am pleased to express my thanks and appreciation to our strategic partners in the first edition of the award namely the Ministry of Economy and Khalifa Fund for Enterprise Development as well as the Department of Economic Development for their support in promoting the award. I would also like to thank all those who are in charge of the Abu Dhabi Chamber SME Award, which has succeeded in realizing its objectives thanks to their huge efforts over the past year. I would like to extend my thanks to the jury and the Award Panel for their efforts in making the first edition of the award a success. I wish also to congratulate all the winning companies, hoping a better luck for all participants in the coming editions of the award.”

Over the past few months the Abu Dhabi Chamber has conducted ten orientation webinars and specialized courses that were attended by over 600 participants from different economic sectors. During the webinars, the participants were introduced to the standards and criterion of the award by explaining the components of the business models.

It is worth noting that the Abu Dhabi Chamber SME Award is one of the initiatives taken by the Chamber to reflect its commitment towards being a strategic partner in the success and excellence of SMEs in Abu Dhabi.

The launch of the award comes to complement the series of initiatives launched by the Chamber previously including the Sheikh Khalifa Excellence Award and the Future Entrepreneurs Award to play its role in empowering the business community and to create a sustainable and diverse economy in Abu Dhabi built on high added value and encouraging supporting innovative investment projects.