Gracia Group takes a holistic approach to the field of agriculture, incorporating elements like lifestyle, education, training, and construction into its offerings.

At a time when food security and water scarcity are top-priority issues across the UAE and the GCC, many players have emerged in the agricultural sector to help address these challenges.

Among these is Gracia Group, an Abu-Dhabi based agricultural company that was responsible for creating the UAE’s first hydroponics farm.

Gracia Group takes a holistic approach to the field of agriculture, incorporating elements like lifestyle, education, training, and construction into its offerings. One way this manifests, for example, is in the way the company is positioning greenhouses to the public. The SME wants UAE citizens to view them as a community gathering point in places such as homes, schools, and universities, as opposed to being seen simply as agricultural structures.

It is this unique approach that wholly addresses the challenges of food security and sustainability to agriculture that helped Hamed AlHamed, the founder of Gracia Group, to grow his company into what it is today.

The plot of land that hosts Gracia’s farm today was originally a gift from the late Sheikh Zayed, who enjoyed the poetry of AlHamed.

Since founding the company in 2016, AlHamed has received support from numerous entities, the first of which was the Khalifa Fund for Enterprise Development (KFED), which played an instrumental role in helping bring the hydroponics project to life. Other backers include the Abu Dhabi Agriculture and Food Safety Authority (ADAFSA) and the Abu Dhabi Investment Office (ADIO). 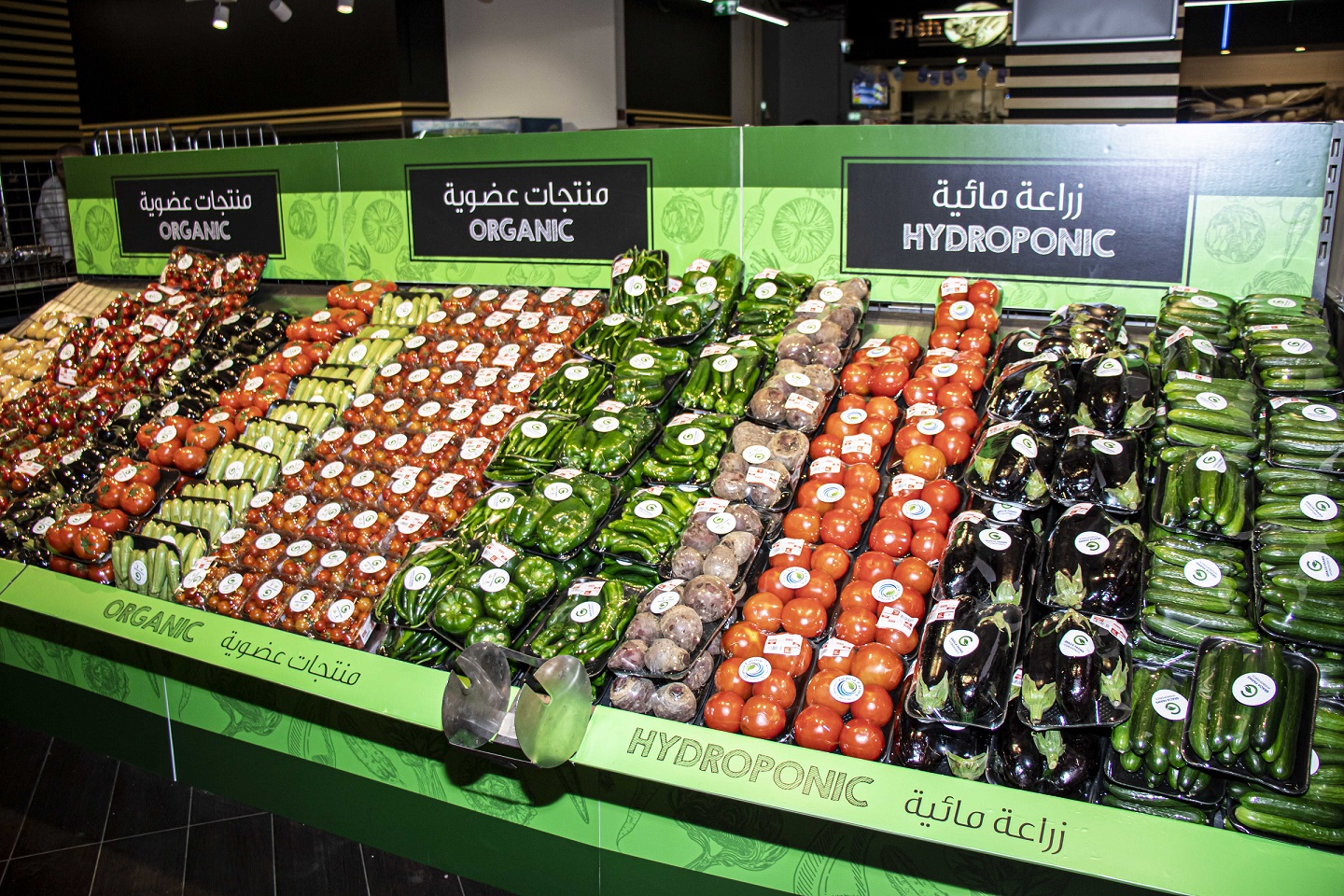 The onset of the COVID-19 pandemic has only exacerbated the issue of food security, a challenge the UAE has wrangled with for years. Even before the pandemic, the UAE had launched the National Food Security Strategy 2051 in 2017 with a long-term vision to address it.

According to Farah Chakhachiro, Vice President of Gracia Group, there are many elements to consider.

One of these elements is marketing.

She said that while the UAE’s weather and soil pose a challenge to farmers in the country, the real obstacle has to do with the marketing - or lack thereof - for their crops.

“They produce but don’t have anywhere to sell their crops,” she said. “This is one challenge for food security.

“The second is how do we perceive agriculture? A lot of people think it’s [tied to a social class]. So, if you are an entrepreneur, or if you hold a certain position in a company, why would you think of investing [or engaging] in agriculture?”

Chakhachiro stated that the third challenge is the mindset of the population.

“Like a lot of people say, it’s hard work to grow your own food, and they’d rather buy it from a supermarket.”

In light of these conditions, Gracia Group is working to change them through education and training via their multiple subsidiaries like Gracia Grow Peace, Gracia Training Centre and Gracia Village.

“The path to food security is a long one. While you motivate people, change their mindsets, and raise awareness about agriculture, you invite them all to grow their own food at home, as well as [encourage farmers to go back] to their farms to start producing. Gracia is the gate to marketing for them,” Chakhachiro said.

Essentially, Gracia wants to help farmers get their products on the market. The way they intend to do that is by democratising the farming model.

Chakhachiro said that they are looking at Uber for inspiration. They envision having an online platform through which they operate and liaise with third-party farms.

“What we [would] do with these farms is give them a production plan - so if you follow our production plan [and provide us with] the produce that we know has market demand, we’ll take all your crops and sell them for you,” Chakhachiro explained.

She noted that at the end of the day, farmers want to grow products that sell - they want to earn revenue like any business - so if someone commissions them to grow a certain crop while guaranteeing a market for it, they would be eager at the opportunity.

“For them, it’s much easier when someone gives them a production plan and offers to sell their crops for them,” she continued. “We would just charge them logistics costs in terms of operating our trucks and vans, sorting, packaging, and the like. We would deduct these costs and the farmers keep the profit.” 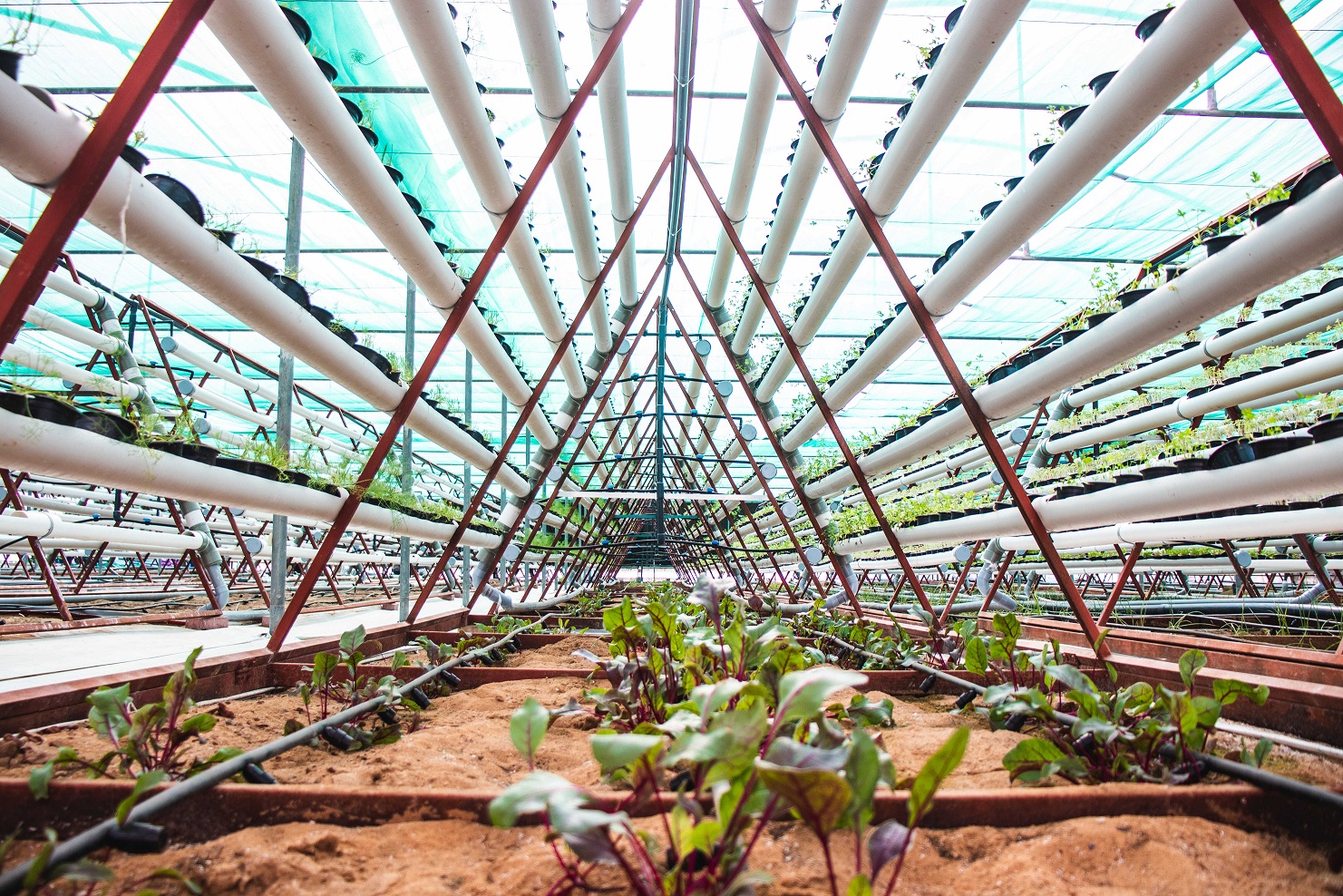 Agritech in general remains a relatively novel industry in the MENA region. As such, many challenges abound in the sector, and especially in the scorching desert nations of the GCC, as companies look to find and create the most suitable technologies for the existing environmental conditions.

Cost, naturally, is a major obstacle. It’s more expensive to grow crops in artificial environments, which then carries over to the retail price.

As for the tech itself, the question becomes: Should we adapt a technology vs. adopt a technology? Agritech solutions abound worldwide, but simply adopting a solution designed for the Netherlands or the UK, for example, and implementing it in the UAE is not always the best course of action.

“Sure, [the solution is] high tech, but it’s not made for the UAE, but for another country with another set of environmental conditions and constraints,” Chakhachiro explained.

Chakhachiro’s statement comes from personal experience, as Gracia had struggled in the past to adopt a Spanish technology at their farms that was designed with Spanish environmental conditions in mind. As a result, the data inputs were not accurate as Gracia was the first company to implement this tech in the UAE.

The solution, she said, is to either adapt these systems to tailor them to the UAE, or better yet, to invest in Emirate-made agritech that truly solves the UAE’s agricultural challenges. 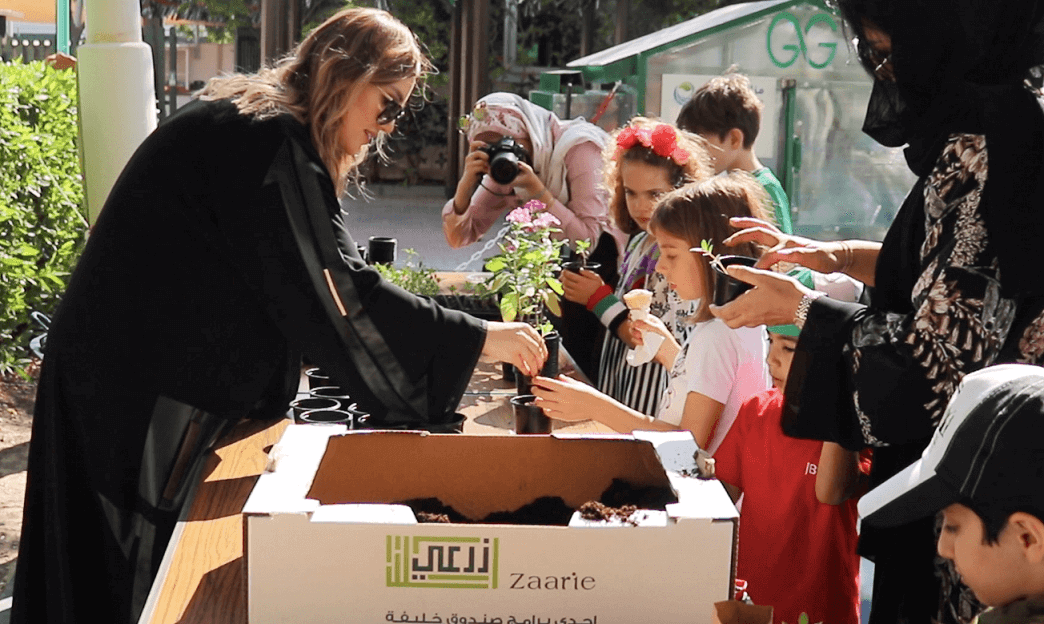 With its myriad subsidiaries, Gracia Group has its work cut out for it.

One project they are especially excited about is Gracia Village, an agritourism project that brings to the UAE a concept that is quite novel to the population.

Through Gracia Village, the company wants to invite people to bring their families and friends to spend time surrounded by nature, especially now that the COVID-19 pandemic is subsiding.

As for their plans abroad, Gracia wants to invest in land and facilities outside the UAE.

“No matter what technology you invest in and implement, there will always be a need to import certain crops from outside the country,” Chakhachiro noted. “So what we are trying to do is to obtain land outside the UAE to grow crops unavailable [here] but under our own supervision and following the standards expected here in the UAE. This will also serve as a plan B in terms of securing access to crops that we might struggle to grow here during the summer.” 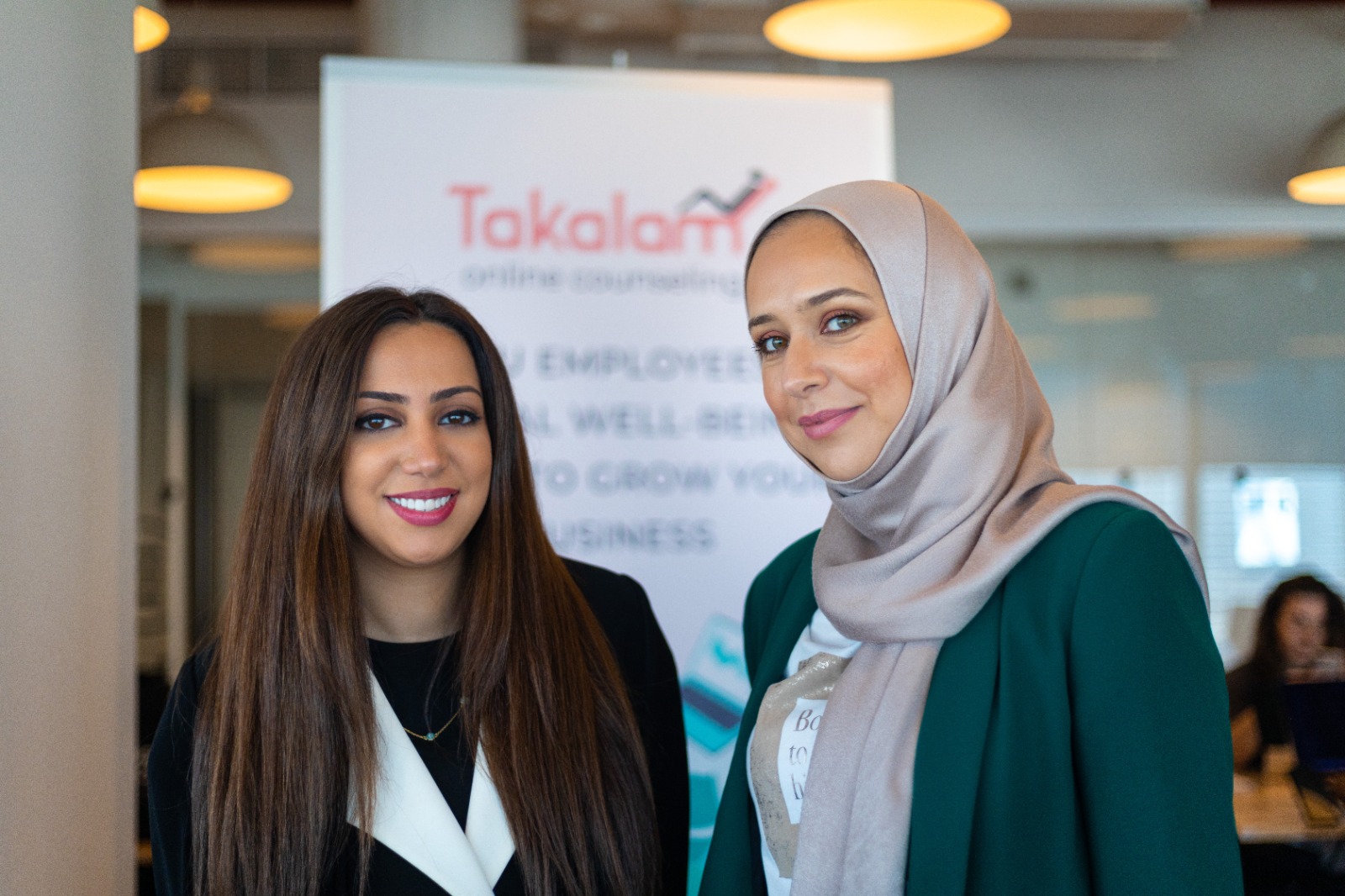 Healthtech Takalam is helping break the Arab taboo around mental health, at a fraction of market price

Since its 2016 launch, Finalrentals has expanded to 9 new countries beyond the UAE and is effectively operating in over 160 locations, all while remaining a bootstrapped business - a personal challenge set by its founder. 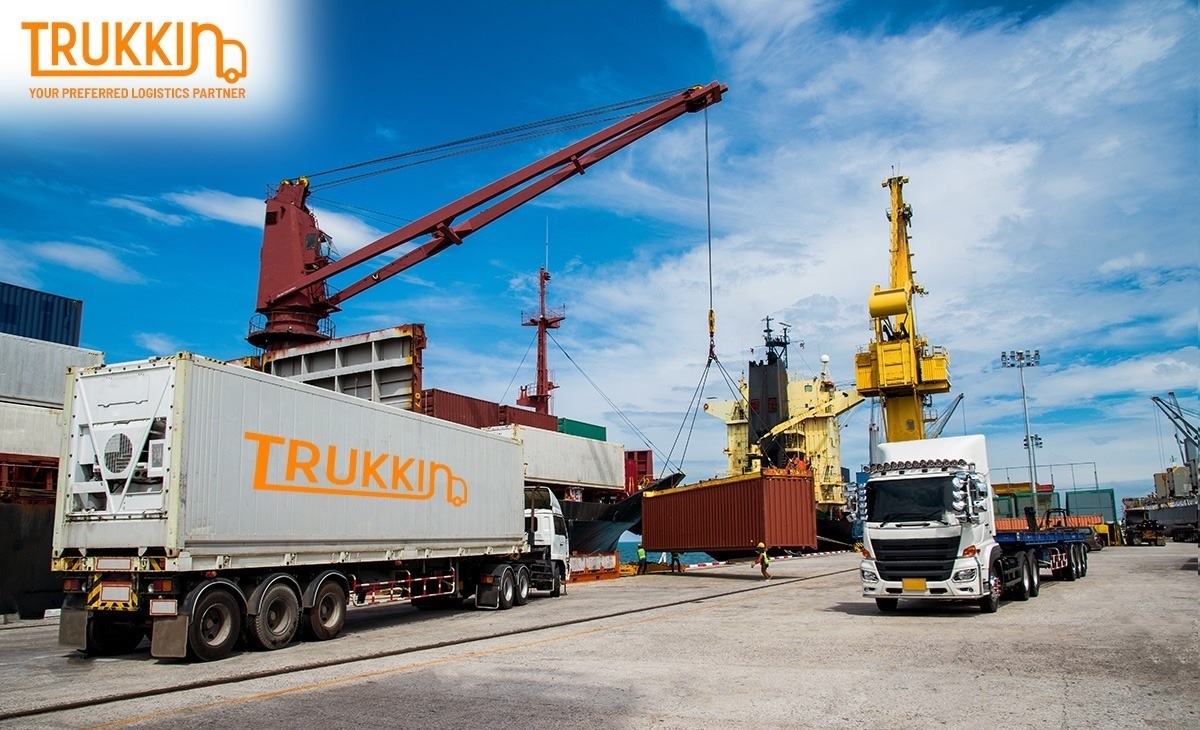 The regional logistics sector is finally having its Industry 4.0 moment, and Middle Eastern startup Trukkin is helping the regional market make this transition possible.