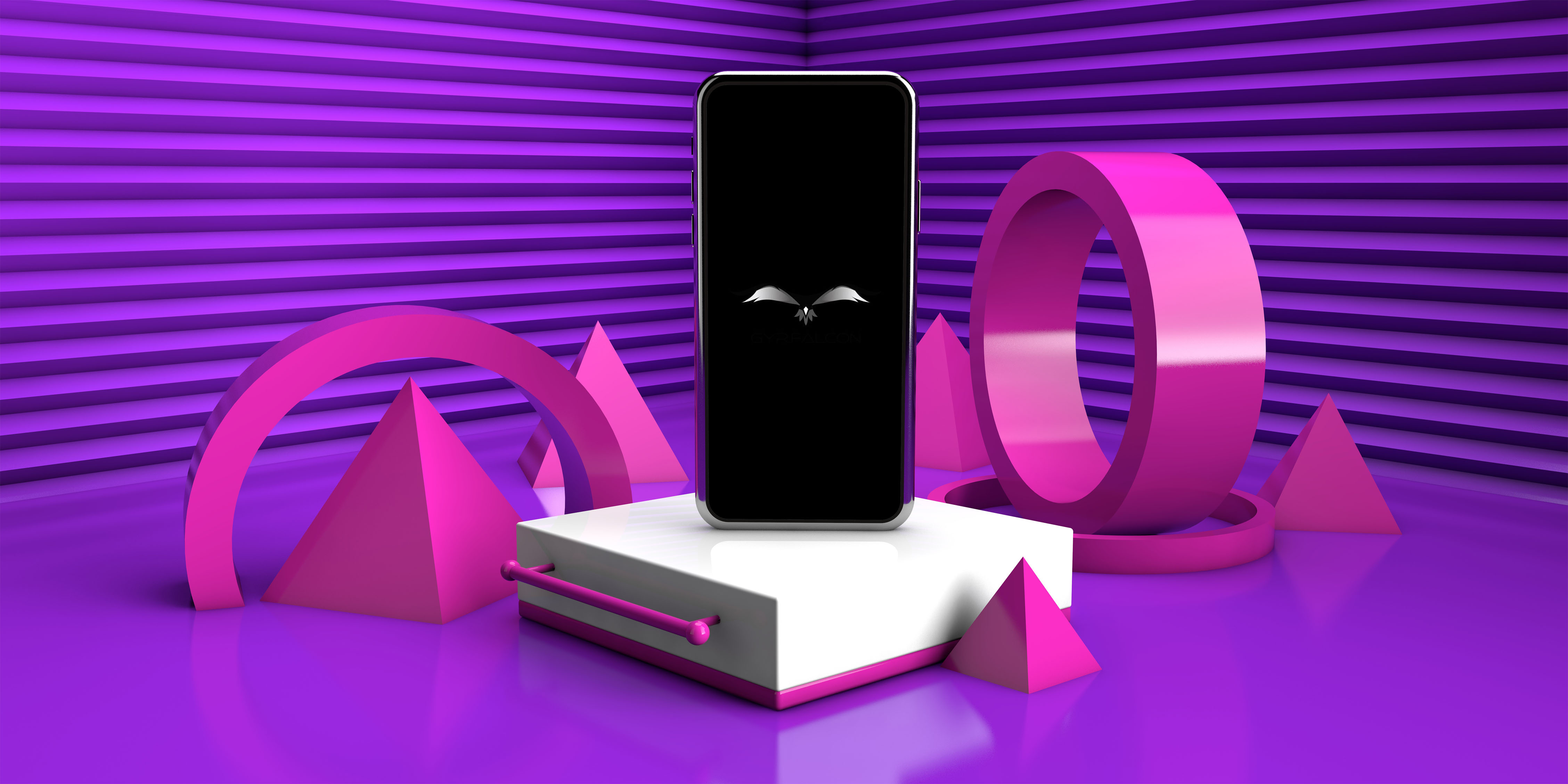 NFT holders will have multiple ways to play, buy, sell, and earn.

In the past two years, we’ve seen the Web3 ecosystem popularise a new concept: NFTs, or non-fungible tokens.

NFTs found growing success in 2020, at a time when the hype surrounding cryptocurrencies and blockchain technology was ramping up.

Today, NFTs have become the basis of some interesting business models, and like cryptocurrencies before them, are finding use cases in a varied scope of sectors.

Among these is GyrFalcon, a play-to-earn (P2E) game where players race falcons for a chance to make earnings.

Co-founded by serial entrepreneur Sarmad Al-Zadjaly with an ex-Marvel Entertainment designer on board, the game was eponymously named after the world’s largest species of falcon, while also reflecting the project’s UAE heritage. The name can also be considered an acronym for ‘Get Your Racing Falcon.’ The project has generated 5,555 NFTs, with plans to increase this number in later stages. 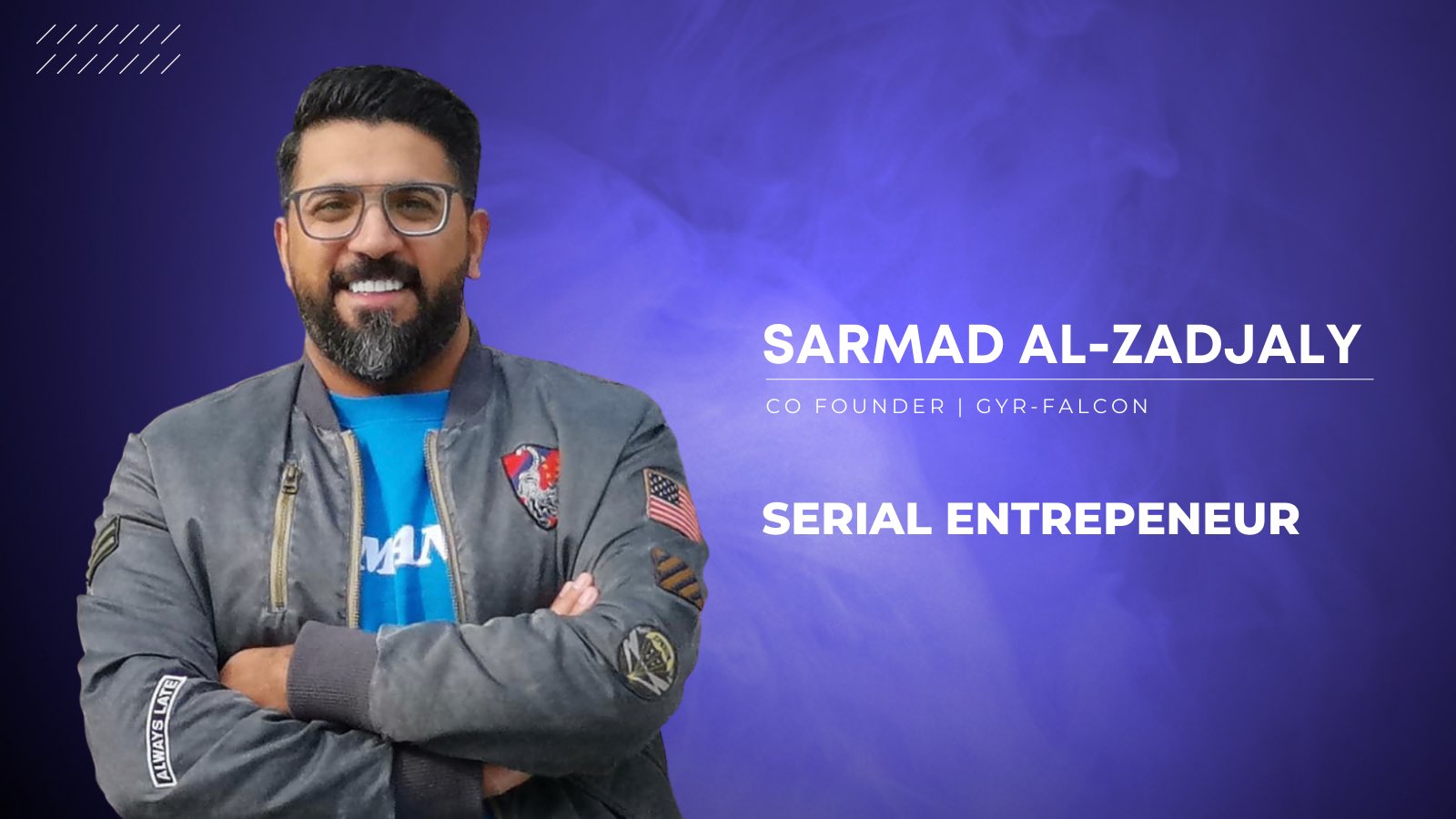 When deciding on what kind of NFT project to set up, Al-Zadjaly noted that a gaming model would allow his team to reach the largest number of stakeholders: investors, holders, players, collectors, and more.

To gain access to GyrFalcon, which will be a mobile title available on iOS and Android, players will have to make a one-time purchase of an NFT from the platform. The current pre-mint/pre-sale price is 0.2 ETH, which is around $218 as of this writing.

As for how the game itself works, players will have an avatar character with a falcon perched on their arm. 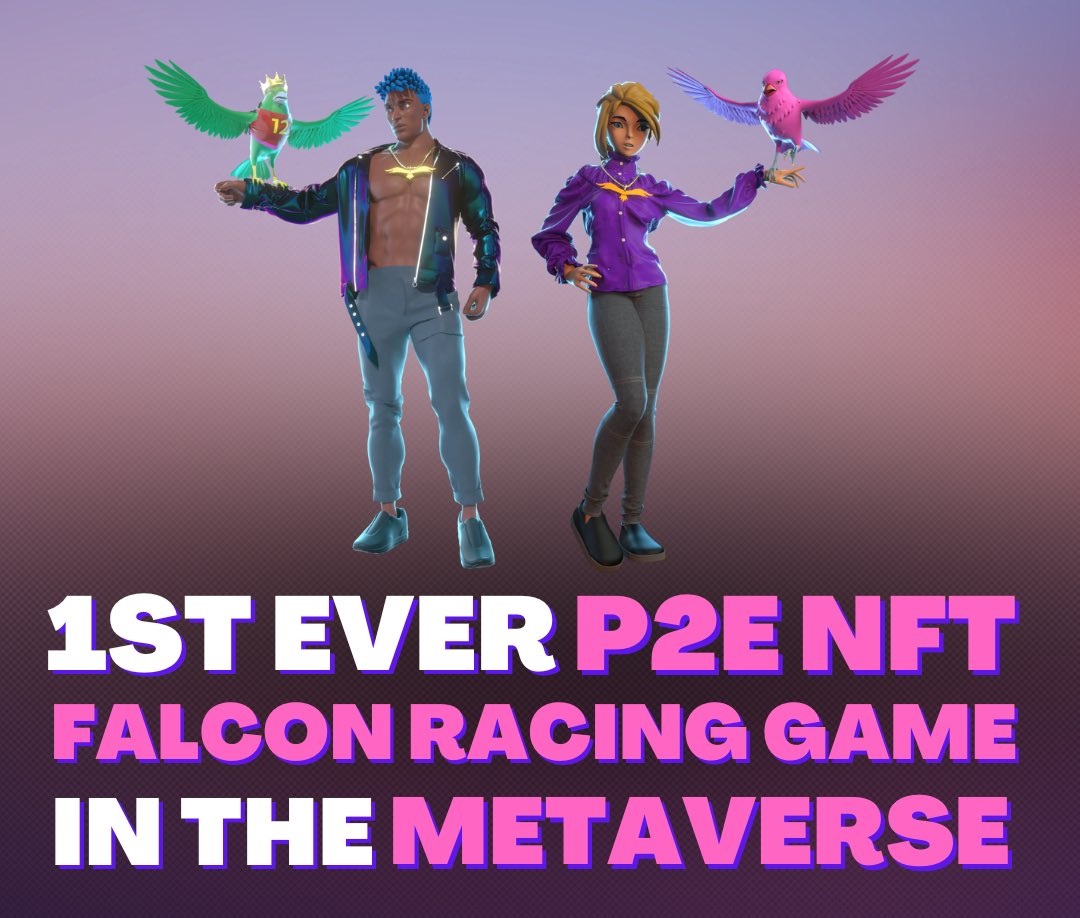 The core of the game revolves around taking care of your falcon by feeding it, resting it, upgrading it, and more, all in preparation to participate in races with other players. Here, the player is in full control of their falcon, though certain attributes can affect the bird’s performance. Fatigue and hunger are major factors to consider. Additionally, if for example you know you will be participating in a longer race, you will want to equip your falcon with the right gear/features, which in this case would be wings with a wider wingspan. You would buy these customisation features, as well as other falcons, from the in-game store.

Al-Zadjaly explained that all these factors are based on real-life falconry practices, which gives the game an added dimension of realism.

There is also an energy system in place to pace players, similar in concept to freemium games. Falcons need energy to race, and your stored energy total can increase as you level up. Initially, you get 3 energy per day and can buy more from the store.

Which falcon reflects your style?

How players can earn

There are multiple ways to earn within the GyrFalcon ecosystem.

The aforementioned races are a prime method, and will be held at different intervals:

Top-performing falcons can become well-known within the community, which will entice some players to want to buy them. As the player owning this falcon, you’ll be able to sell it for a much higher price than you originally bought it for.

For players who own one or more falcons but don’t want to race anymore, they can sponsor other players via ‘Scholarships’ to race for them, even if they don’t own a falcon themselves. If the sponsored player earns anything from a race, the winnings are split 70-30, with the falcon owner taking the larger cut.

When a player reaches the rank of ‘Master of the Race’ after playing and winning over a certain period of time, they are able to set up unofficial player-sanctioned races, where they earn a 5% cut from the prize pool, while the game’s developers get a 10-15% cut. The rest is divided among the players. They might choose to sponsor other players within this race via a ‘Scholarship’ to make further earnings.

Players can also breed falcons with desirable traits to use or sell, or just flip their current NFTs after a while. GyrFalcons are sold at 0.2 ETH to new players, and can be resold by players starting at 0.25 ETH.

Given that this is a blockchain-based game, players will also be able to engage in the usual ‘tokenomics’ (tokens will be allocated to all players at the start of the game’s lifecycle) and staking of their NFTs.

Finally, for holders who have no interest in the game or in trading/selling, they will be happy to know that all GyrFalcon NFT holders will be entered into a raffle draw weekly for a four-night trip for two anywhere in the world - hotels and plane tickets paid, with $1000 in pocket money. Winners will be selected randomly by wallet address, and will have three to six months to choose a location to travel to after winning.

The future of GyrFalcon 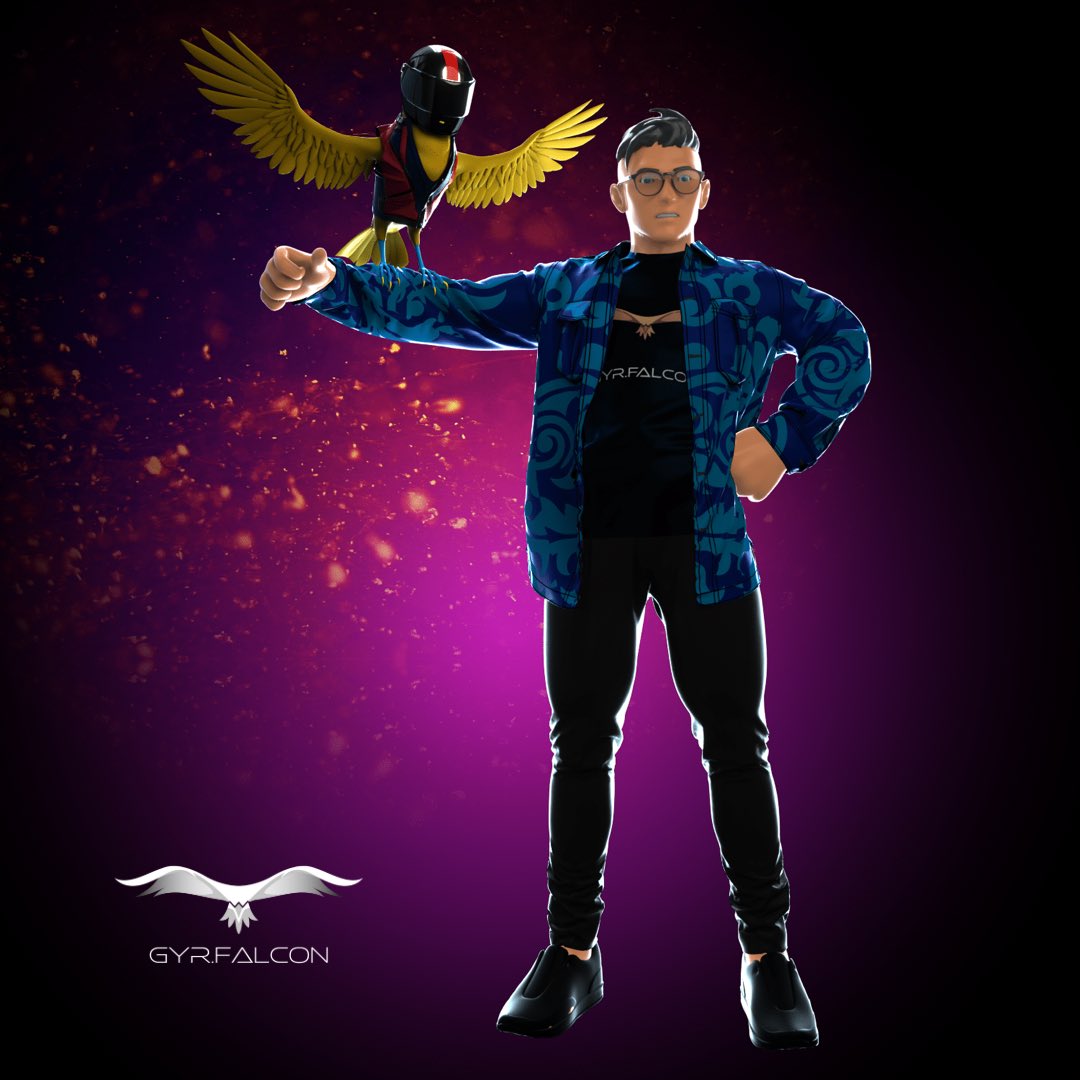 As GyrFalcon ramps up for launch, the team already has plans for Phase 2 of the project.

For example, the current count of 5,555 NFTs is expected to grow in time, with more generated at a later stage. Given the current count, Al-Zadjaly estimates that 700-800 NFT holders will actively engage with the game mechanics, with a potential 10-20 using the game to make a living, as we’ve seen happen with other blockchain titles in the world.

The plan is to ensure the sustainability of the project for the next 3-5 years under the overwatch of the GyrFalcon developer team, after which it will hand the reigns over to the community, given the nature of blockchain games.

“We are only the facilitators,” Al-Zadjaly said, noting that if the community plays the game, the value of its investment will increase. If players don’t play as much, the value will stay the same.

He explained that the project will invest in real estate, the returns from which will cover GyrFalcon’s operational costs. Surplus earnings will be funnelled into player winnings, raffle draws, and more. Meanwhile, 85% of the value earned from NFT sales will be reinvested back into the game towards elements such as the Master of the Race prize pools.

The game will mint its own cryptocurrency as well, GyrCoin, to support the sustainability of the project. The GyrCoin is expected to be sold for 1 cent during its public sale, with an estimated resale value of $3-4 by the release of the game. 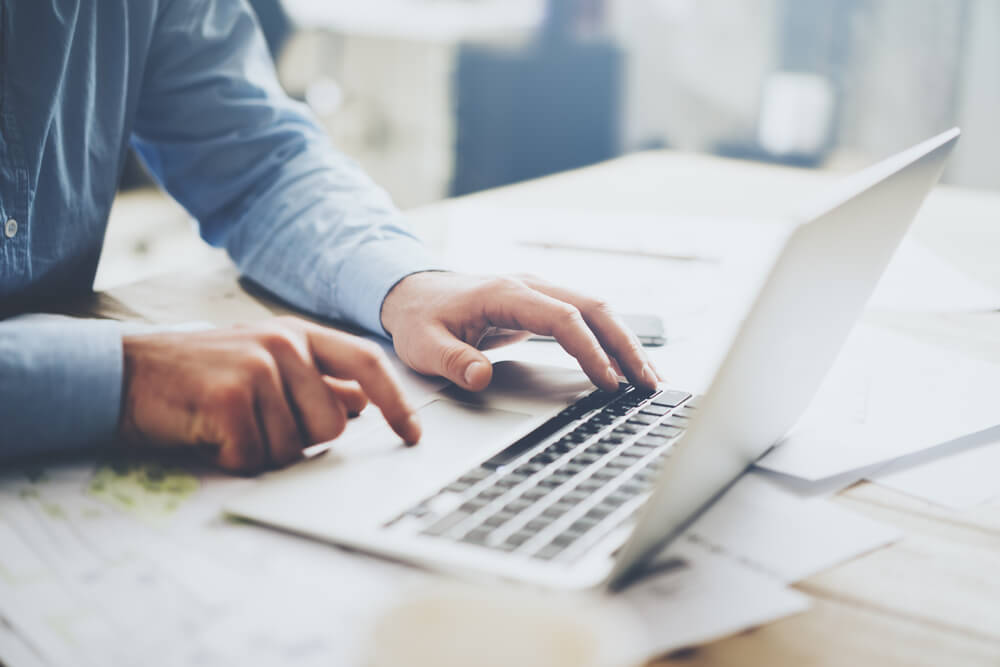 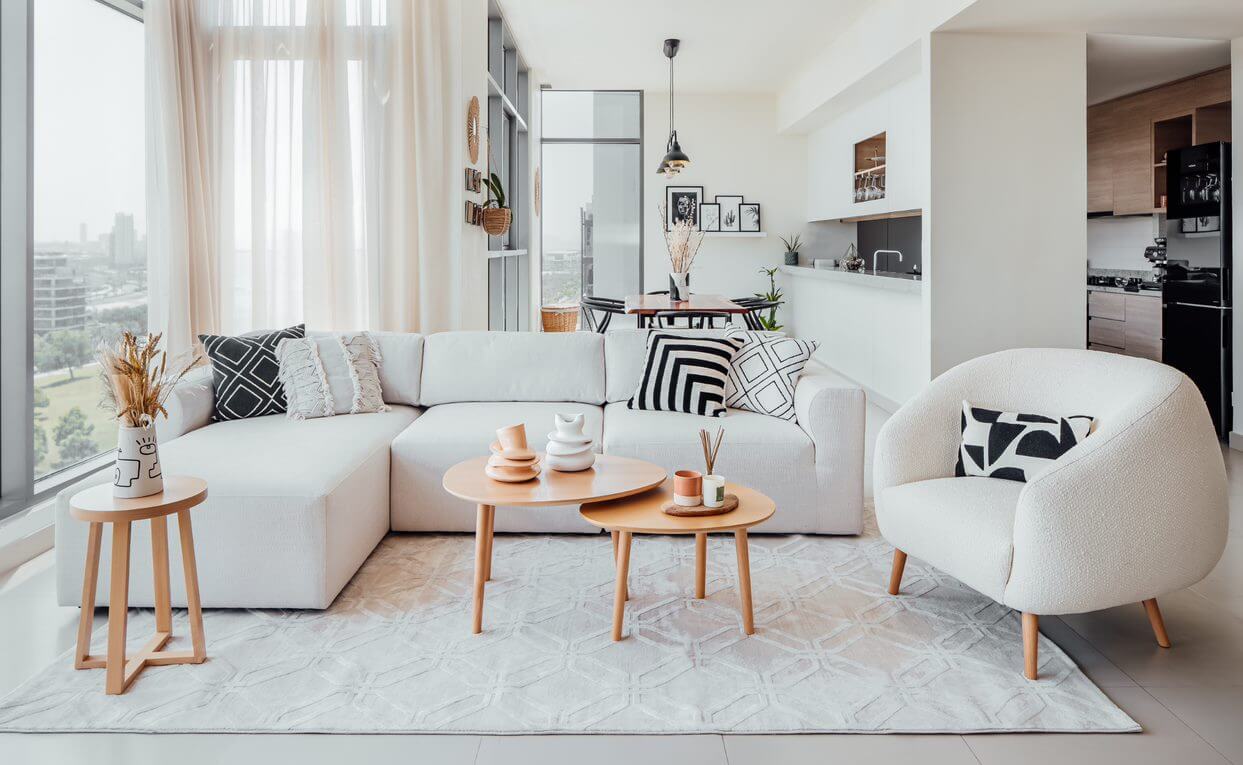 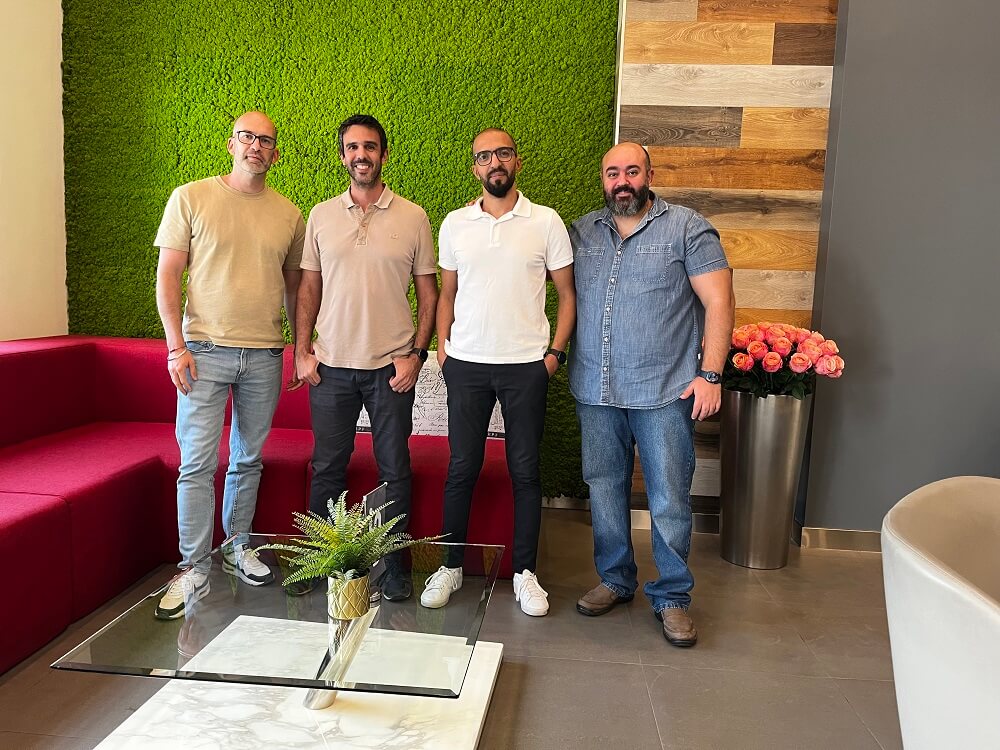 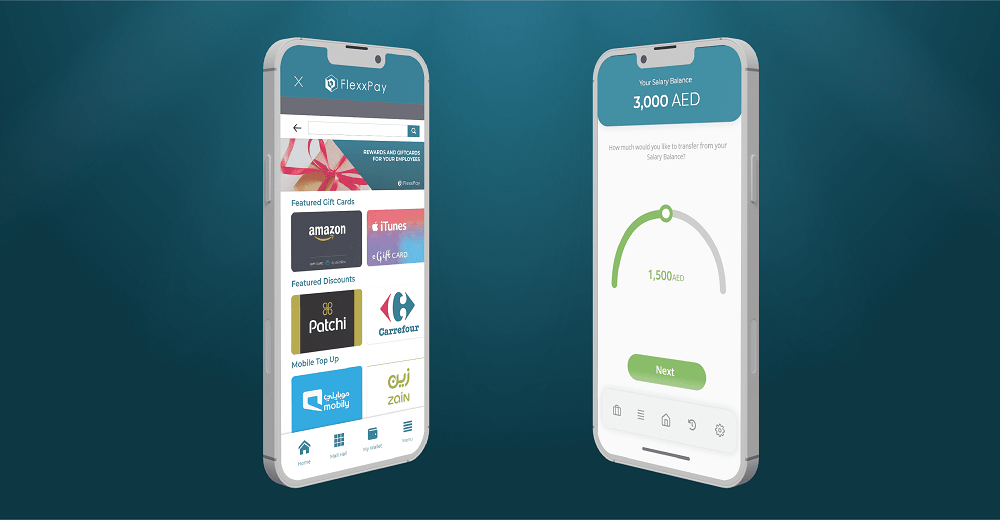 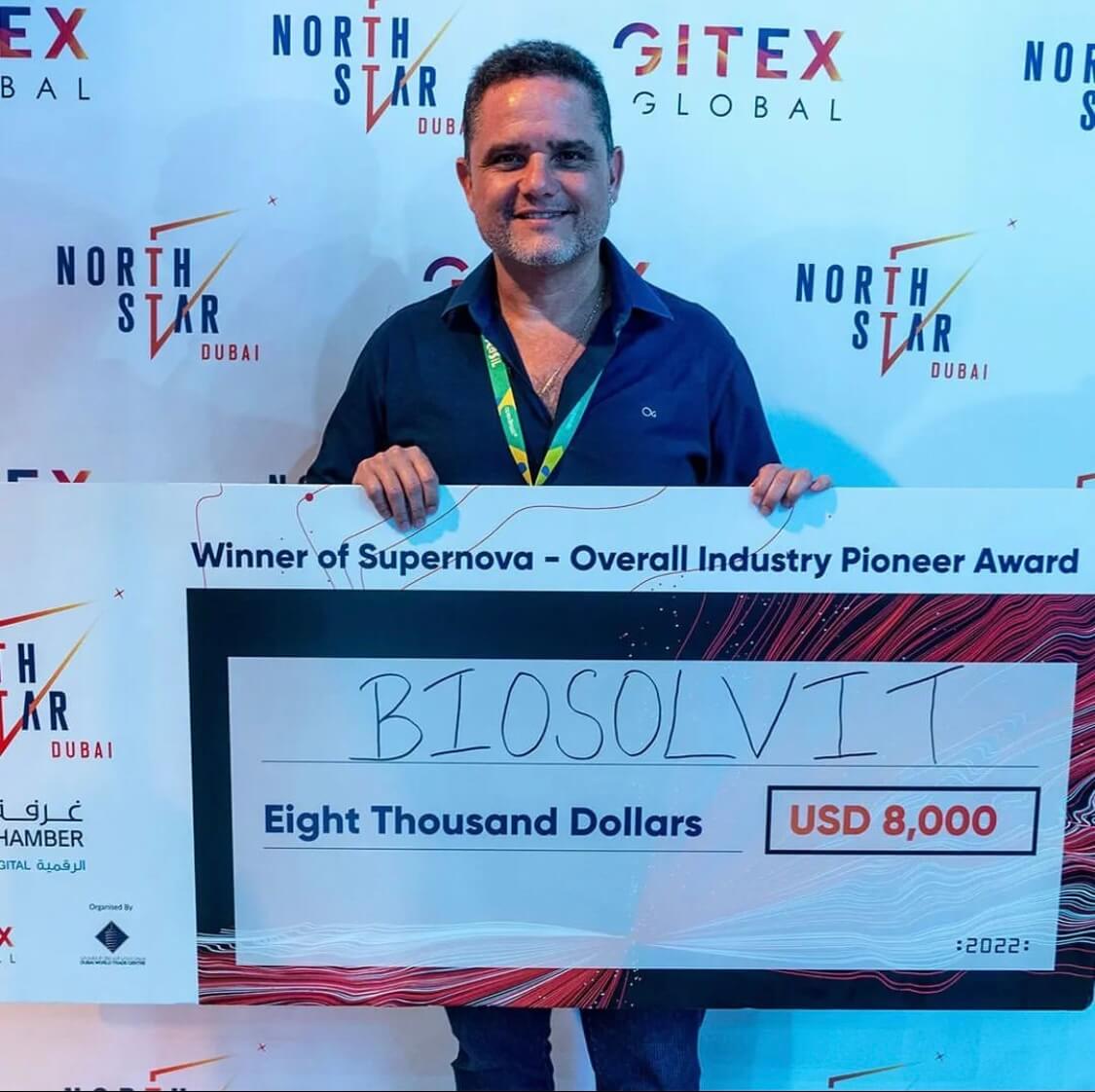 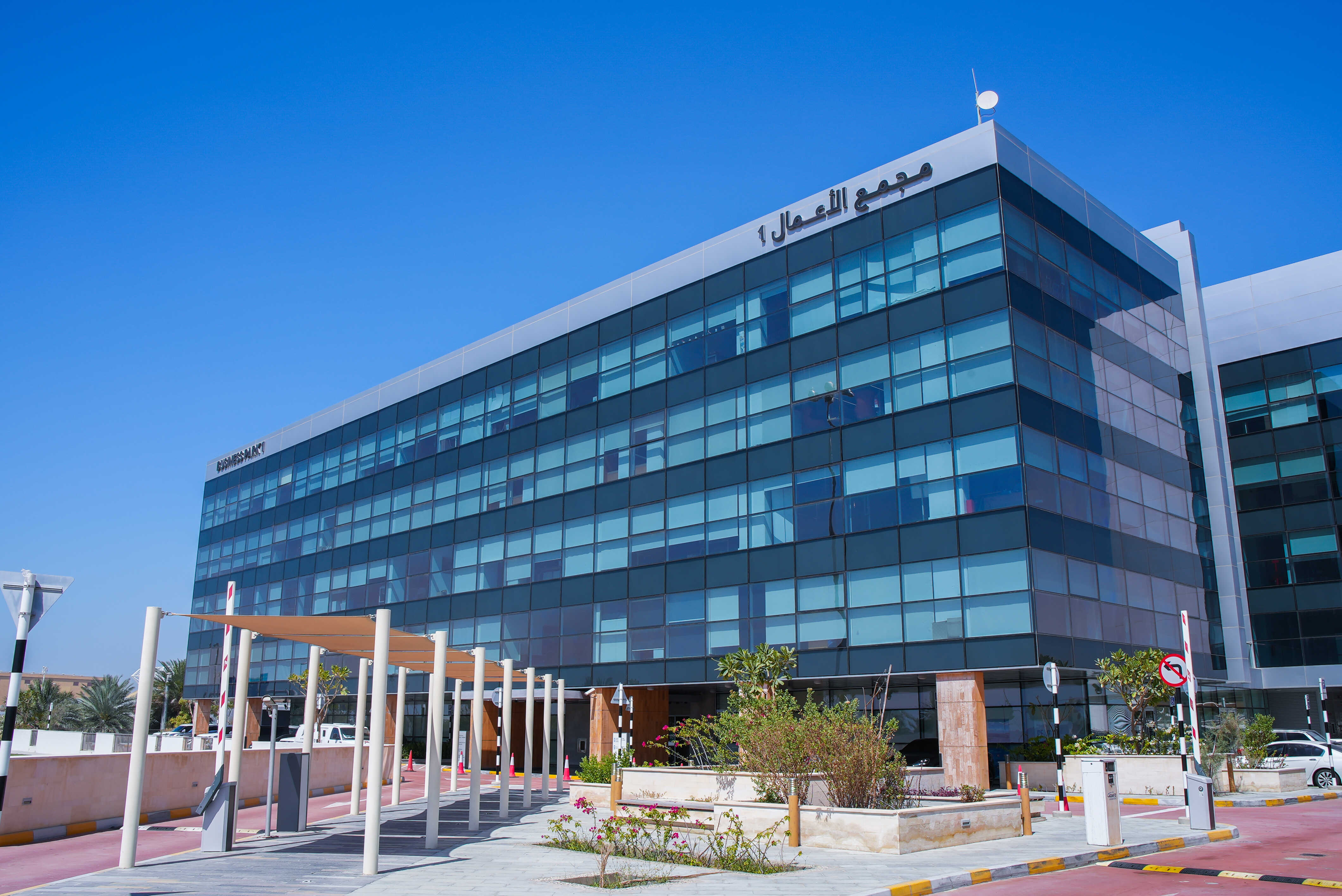 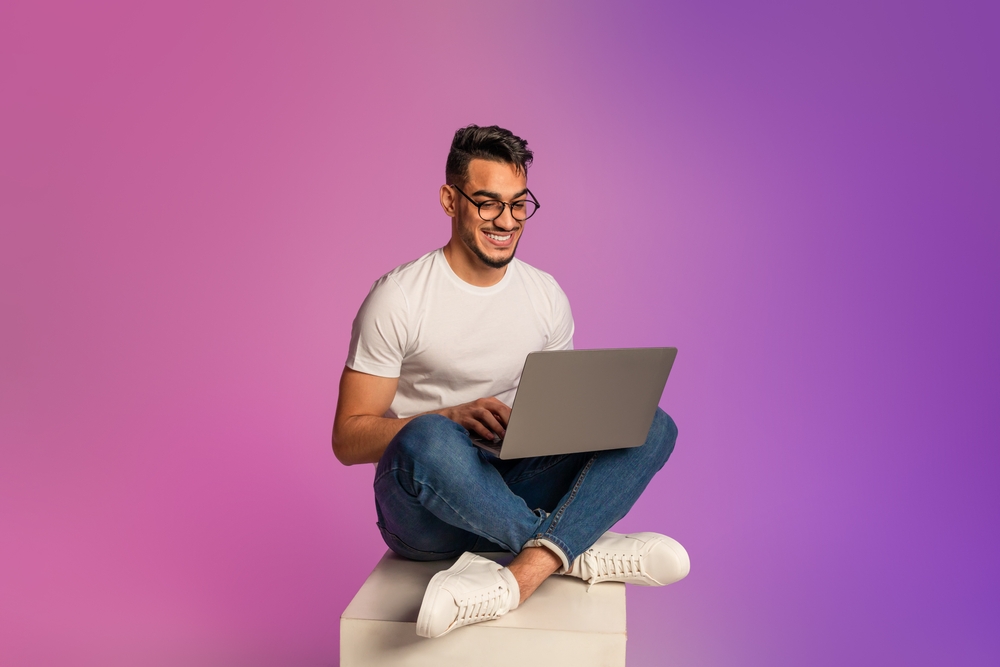 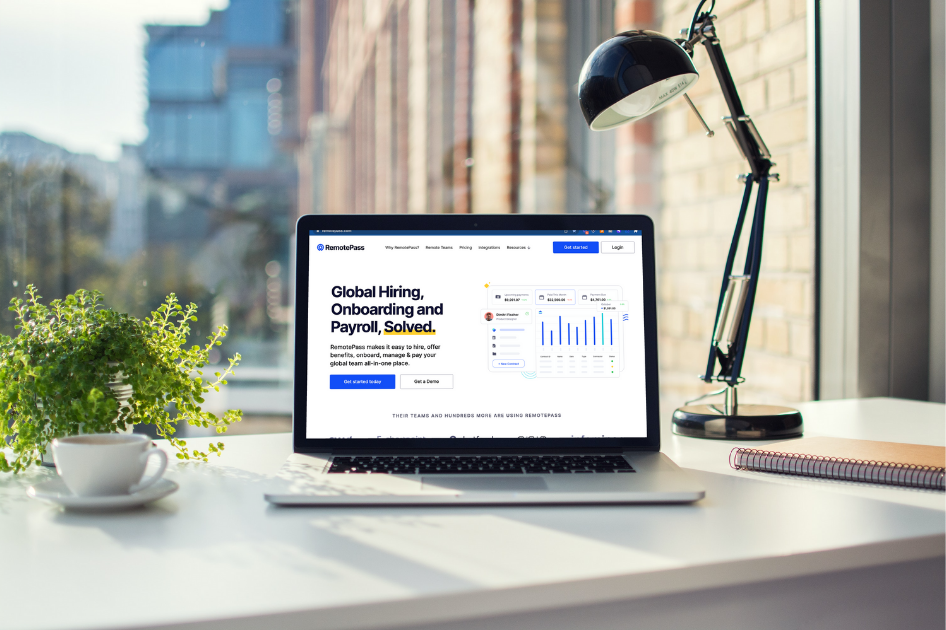