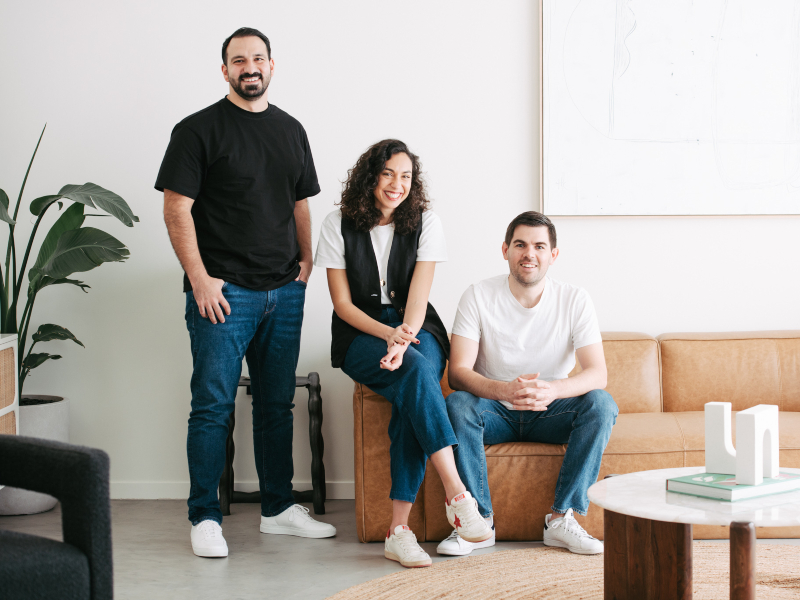 The company also announced that it has launched an all-in-one spend management platform.

The announcement comes alongside a $12 million funding round, co-led by dedicated seed fund Cherry Ventures and Shorooq Partners, with participation from FinTech Collective, Speedinvest, BY Venture Partners and Antler. In addition, the round included private investment from prominent business angels, including unicorn founders of companies such as Nium, Payhawk, Qonto, Billie, Moss, and other successful members of the regional and global tech community, including Mahmoud Fouz from Qlub, Abdulla Elyas from Careem, and Tomaso Rodriguez from Talabat.

The Pemo platform is tailored to the requirements of SMEs in emerging markets and has begun onboarding its first batch of UAE-based companies. Currently available features include digitized invoices, automated approval flows, one-click invoice payments and real-time cash flow monitoring. Users can soon avail physical and virtual prepaid cards that can be topped up and distributed to employees. Through integration into the Pemo app, the prepaid card will automatically categorize employee expenses, capture receipts for each transaction, and offer business owners and management teams full visibility on corporate spending.

Pemo was co-founded by serial entrepreneurs, and Rocket Internet and Google alumni, Ayham Gorani, Valerie Konde, Alessandro Duri, and Saed Ghorani, who have collectively launched or scaled more than eight ventures, including Zalora and Pleo over the last 15 years. They are supported by a founding team of 20 members stemming from successful local and international tech companies.

Ayham Gorani, Co-Founder and Chief Executive Officer of Pemo, said: “We’re operating in a region where more than 90% of businesses are SMEs, many of which rely heavily on multiple platforms, processes and entities to manage their corporate spending, creating a number of challenges, such as irregular expense reports and high costs. This is exactly the day-to-day friction we are removing by combining all spend management functions in one hub. Ultimately, this helps businesses to save money and time, while empowering team members to make purchasing decisions quickly and responsibly.”

Over the past two years, corporate spend startups across the US, Europe, Southeast Asia and Latin America have been on the radar of the most prominent venture capital funds, with companies such as Ramp, Pleo, Spenmo and Clara receiving significant support in scaling into new markets and expanding product offerings. Their growth and its resulting private investment were earned by a proven approach of offering corporate cards, combined with the venture’s ability to build software around those cards, taking into account the functionality needed by companies to track expenses, manage spend access, and save money.

“We’re grateful to have the backing of incredible investors who are bringing a wealth of industry experience and market knowledge to the table. In particular, it’s hugely beneficial for us to have the support of founders who have successfully built expense management platforms in other markets, and we are looking forward to working closely with them, and our VC partners, as we expand our offering,” Gorani continued.

Following its UAE launch, Pemo is looking to establish operations in Saudi Arabia by the end of 2022. The expansion will support the Kingdom’s Financial Sector Development Program (FSDP), which aims to build a cashless economy as part of the Saudi Vision 2030. The company later plans to extend its geographical footprint into Egypt and Pakistan.

Filip Dames, Founding Partner at Cherry Ventures, which has also backed fintechs like Juni and Moss, said: “In the presently available software stack, expense management for companies and employee access to credit or debit cards continues to feel broken — and Alessandro, Valerie, Ayham, and Saed are the team to fix it. We’re excited to team up with them as Pemo offers a full payable suite for an underserved segment and delivers a smart and efficient way for customers to manage expenses and bill payments.”

Faisal Kawar, Principal at FinTech Collective, said: “Pemo’s software has the potential to transform the pain points for over 23 million SMEs in the region, who are currently experiencing a $123 billion financing gap. We were impressed by what the Pemo team has accomplished in such a short period of time, against this backdrop, bringing together a veteran all-star team with a unique combination of experiences and skill sets."