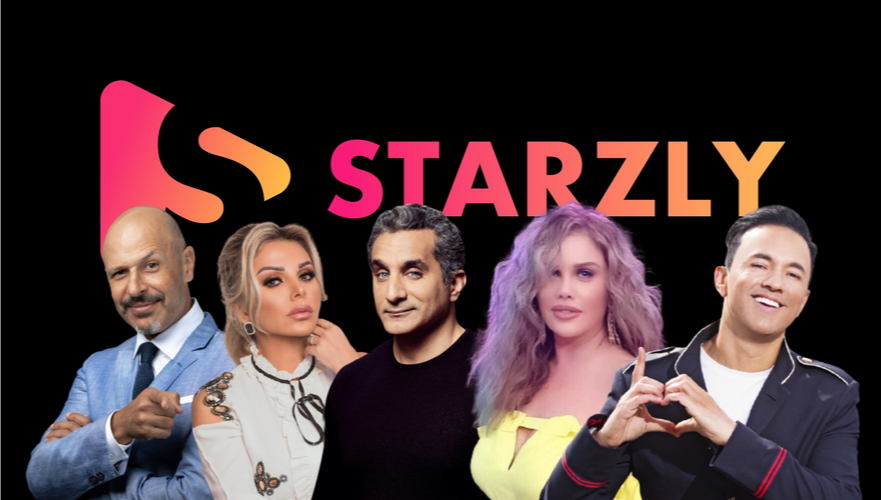 Starzly is currently used by over 1,000 celebrities and has delivered tens of thousands of videos to 200,000 users in more than 71 countries since its launch.

Launched in August 2020 by Badr Kachibal, producer and songwriter RedOne and Mouhcine Kachibal, Starzly is a promising online marketplace that allows fans and businesses to hire celebrities to create personalised videos. It is making the impossible possible, helping fans and brands connect with the most influential celebrities, athletes, and content creators.

Having served as the Digital Technical/Creative Director for Al Arabiya, Shahid.net and MBC Group, CEO Badr is very familiar with the entertainment and entertaintech space in the region.

“Starzly has become the first destination for personalised video messages in the region, currently used by over 1,000 celebrities and delivered tens of thousands of videos to more than 71 countries all around the world since its launch last year,” said Badr.

With a SaaS background, CTO Mouhcine worked at JustProperty that Property Finder acquired. Most recently, he led MarTech at Alshaya Group.

“We are building a technology helping talents monetise their fan base while allowing fans to get a unique and a very authentic experience from their loved personalities. Our focus always is to offer customers, celebrities and businesses the best experience in a very safe and moderated environment,” said Mouhcine.

An international celebrity himself, co-founder RedOne is a globally renowned producer and songwriter who has won three Grammys and was nominated for ten. He is one of the most successful and sought-after record producers and songwriters in the world, with more than 70 international hit singles, including stars such as Lady Gaga, Michael Jackson, Backstreet Boys, Jennifer Lopez, and Enrique Iglesias.

Since its launch, Starzly has become a market leader as the largest platform with over 1,000 celebrities from the Mena region and across the globe and more than 200,000 users, delivering countless magical moments and happiness. It has also helped 500+ businesses, from SMEs to large companies. Built to offer a unique and authentic experience, Starzly has attracted over a thousand Arab and international celebrities, including Saad Lamjarred, Bassem Youssef, and Enrique Arce, whom fans can request personalised video messages. These include video calls, audio messages, and direct text messages.