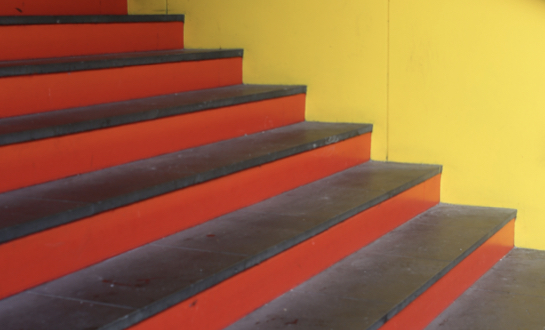 Success in this new era of accelerated disruption requires a holistic approach to technology.

In the current era of disruption, recently accelerated by the pandemic, firms must be in command of cutting-edge technologies; otherwise, they face potentially mortal danger.

That is why I counsel corporate leaders to imagine how an agile, digital start-up could completely destroy their business, and to formulate defensive strategies to pre-empt such an attack.

My co-authors Ian C. Woodward, V. “Paddy” Padmanabhan, Ram Charan and I provide detailed advice on how to design such wargaming sessions in our new book The Phoenix Encounter Method. One of our book’s key takeaways is that success in this new era requires a holistic approach to technology.

Too often, leaders only pay attention to the technological changes at the core of their business and ignore those seemingly on the periphery.

Yet far-flung innovations can be more impactful than proximate ones.

For example, the introduction of the smartphone was not initially seen as a game-changer for the taxi industry. But by making ride-hailing apps like Uber, Grab and Gojek possible, Android and iOS devices helped trigger the turmoil that industry is now enduring. And even as these apps were disrupting the taxi industry, automakers were mistakenly ignoring them as a potential threat to their business.

Very often, innovative business models are not new. Keep in mind that Uber invented exactly none of the essential elements of its business model, whether strategic (gig-economy approaches to mobilising freelancers on an ad hoc basis existed before Uber, e.g. call-centre companies such as Liveops), technological (smartphones, GPS, etc.) or operational (e.g. dynamic pricing).

However, Uber was the first to bring these elements together in the precise configuration necessary to square the circle of supply and demand in the taxi industry.

Uber’s smartphone-summoned army of drivers piloting their own vehicles provides an unbeatably high ratio of market-responsiveness to demand uncertainty. A conventional taxi company that has to purchase and maintain its own fleet and pay drivers an hourly rate could never be as flexible.

The power of technology and BMI lies in the ability to handle uncertainty better so as to create and capture value.

When leaders plan their own attempts at BMI, they should keep Uber in mind. Again, the goal is not to reinvent the wheel, but rather to leverage technology in devising new methods of handling uncertainty to benefit the business.

The uncertainty or the corresponding risk in question could be your own, or that of your clients (in the case of B2B firms).

Let’s look at some examples of how this works in practice.

One way to handle uncertainty (i.e. risk) better is to resequence business processes such that decisions are made when more information is available.

Michael Dell created a business model wherein customers could customise their computers to a high degree (the potential number of SKUs being in the hundreds of millions) and catered to this demand with highly efficient processes.

He accomplished this by modularising the computer (essentially making it a Lego-like product) and moving to an on-demand assembly process, building only those machines that customers had specifically selected and paid for.

The idea of resequencing has been used successfully in many other industries. Bag manufacturer Timbuk2 successfully created a Dell-like assembly-to-order system. Instead of guessing in advance what colours would be “in” for the upcoming season, Benetton delayed the dying process for its garments until it knew more about current trends.

The airline and hotel industries followed the same principle by relying on dynamic pricing, i.e. postponing the pricing decision until more information about consumer demand was revealed.

This sequence began nearly a year before the products involved were actually to be sold. Rather than focusing on product margin, Zara focused on speed and condensed the lead-time from design to placement on store shelves to a mere three or four weeks.

This allowed Zara to dramatically reduce its demand uncertainty – it now only needs to forecast how many of each particular garment it will sell (over a much shorter span of time). Moreover, thanks to the short lead time, Zara can produce designs that are already trending with consumers.

3D printing is an emerging technology that promises to increase production speed for highly specified products. Its potential points towards a future of custom manufacturing that is as cost-effective as mass production, turbocharging on-demand manufacturing.

Transferring risks in the value chain

With the internet of things (IoT), many “pure sell” business models can be converted to pay-per-use, which may be a way of shifting risks from buyers to suppliers. And if the supplier is better able to absorb the risk due to lower costs of capital, it may create a win-win situation for both.

For example, tyre manufacturer Michelin is exploring product-as-a-service (PaaS) options for B2B clients (mainly commercial trucking companies) in some markets through its “Michelin solutions” arm. Instead of selling tyres as a stand-alone business, Michelin installs IoT-enabled trackers in each vehicle, which collect data on fuel usage, etc.

The company can then offer clients advice on fuel-efficiency maximisation and other issues that may, in aggregate, unlock significant cost savings.

Across these examples, the basic idea is the same: Help clients reduce risk by charging them only for use, rather than complex, heavy equipment that may lie dormant during low-demand periods, or need extensive repairs in relatively short order.

Increased regulatory acceptance of blockchain technology may open new PaaS frontiers. Trusted peer-to-peer platforms for automating transactions would enable, for example, auto insurance to be sold on a per-route basis instead of through expensive lump sum payments.

Once you have fully internalised a holistic approach to technology, you need an action plan for converting the resulting insights into concrete BMI. I recommend the following four steps.

Sameer Hasija is a Professor of Technology and Operations Management at INSEAD.

Understanding the difference between micro, small and medium enterprises

The 'Diffusion of Innovation Model': Understand how to engage different customer profiles & help them embrace your innovative products & services

Quiz: What is Data Mining?

Marketing to scale up: the right strategy for rapid company growth

Investment in the UAE: how to launch a start-up company?

How to learn about your prospect customer needs

Quiz: Are you ready to innovate? Test your knowledge on Design Thinking & Innovation Games