This article is republished courtesy of Swvl. Swvl is a technology-driven solution to public transportation committed to enabling mobility within and across cities, by combining the convenience of a hop-on-hop-off service with the reliability of a confirmed seat. Find their original post here.

A Brief History of Dynamic Pricing

For the vast majority of transactional history, pricing was always considered dynamic; something to be negotiated between the buyer and the seller.

It was dependent on a variety of observable and unobservable factors including not only the availability of stock and expected demand but also the shopkeeper’s evaluation of the customer’s propensity to pay.

Faced with a customer who looked like they could pay more than the last, a smart shopkeeper would increase the price for each transaction in real-time.

These principles of haggling still dominate street markets across the world today but they make the process arbitrary, inefficient, and time-consuming.

With the industrial revolution, goods and services started moving to the price-tag model to standardize transactions. A predetermined, single price eliminated information asymmetry, guaranteed equitability, and allowed retailers to conduct transactions quickly, and at scale. 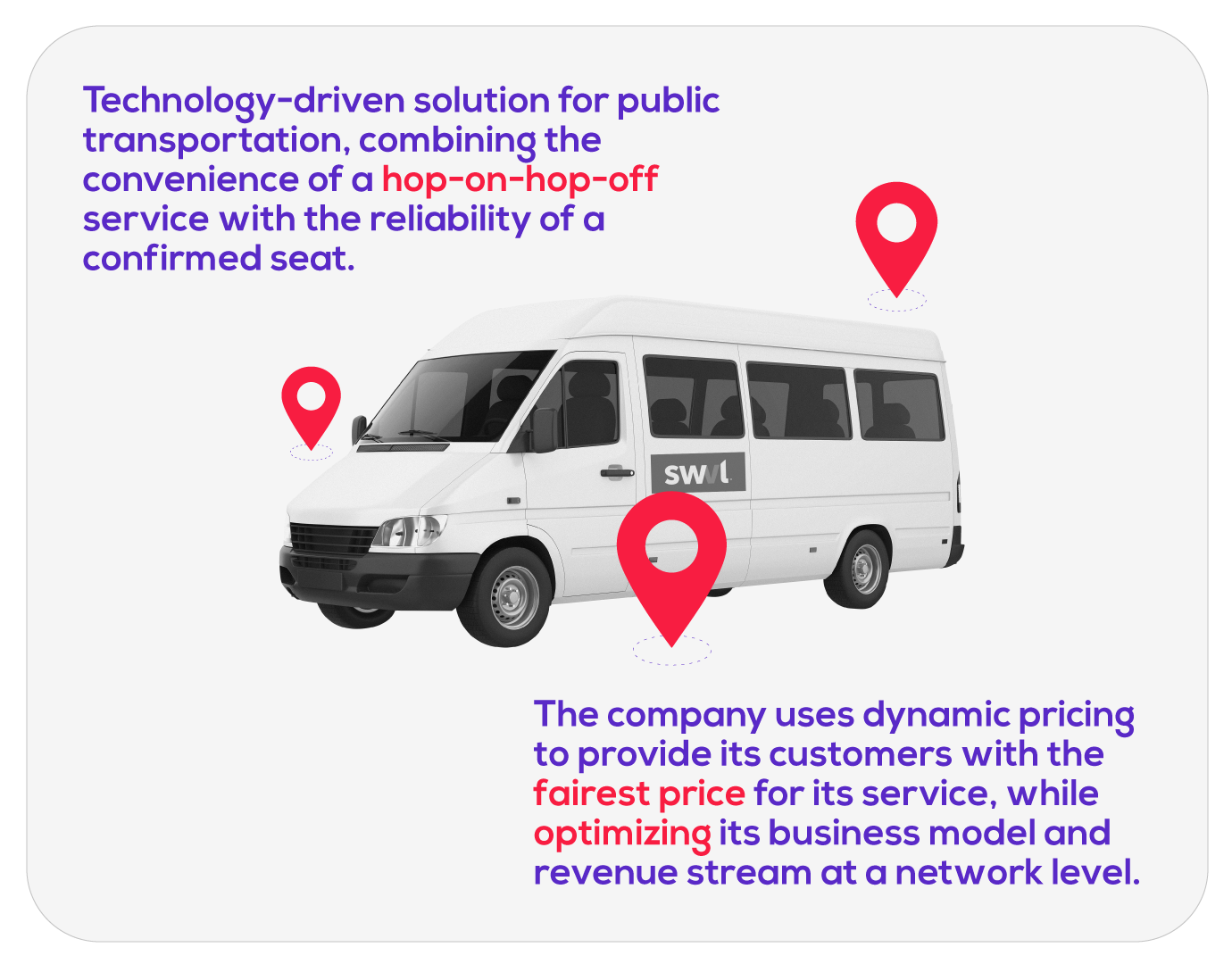 This system was the market standard for well over a century, but retailers are now realizing that efficiency comes with a tradeoff with profitability.

The first industry to reintroduce dynamic pricing was the Commercial Airline Industry. With extensive research and technical innovations, variables like departure time, destination, time of day, and season could be factored into the eventual price a potential consumer would pay at any given instance, making continuous price adjustment costless.

In many ways, the new system is similar to early models of dynamic pricing but there is a fundamental difference. It is no longer a single person sitting behind a desk setting prices based on a gut feeling.

These price changes are determined and automated by sophisticated algorithms that can monitor thousands of, previously unobservable, tangible factors and their complex relationship with demand to come up with a price that optimizes what a seller is willing to sell for, and the maximum a customer might pay for it.

The initial success of the airline industry made dynamic pricing spread to other industries like wildfire.

Swvl learnt from the strategies others in the domain have used. Two dynamic pricing models that have had notable success are Uber’s Surge Pricing and the Airline Industry’s ESMR model. 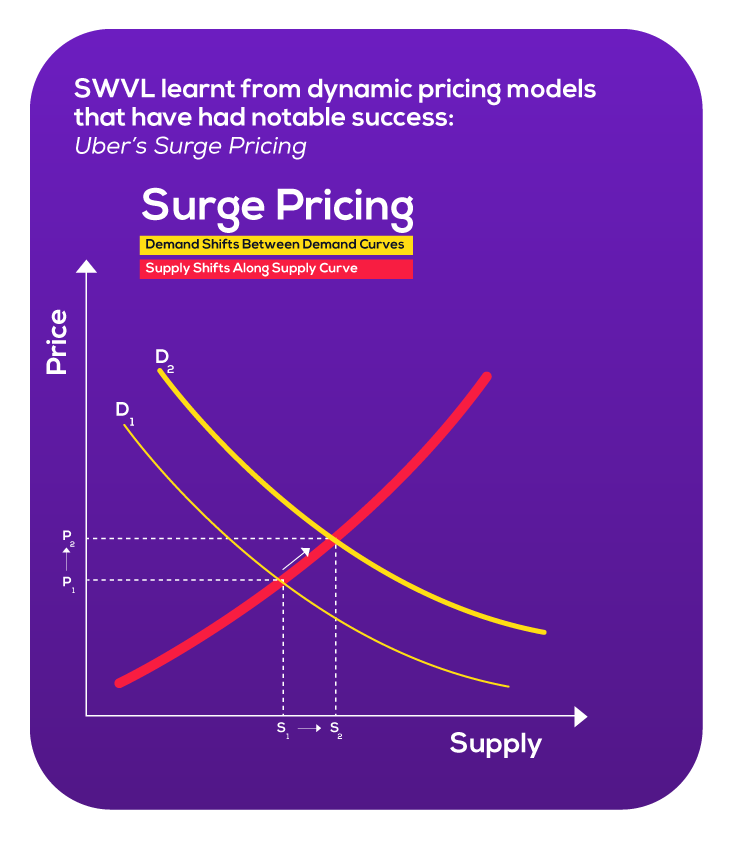 Uber’s innovative surge pricing model allows them to automatically raise their prices whenever demand exceeds supply in a given area.

This increase in prices enables two changes: it reduces demand by disincentivizing it and increases supply by incentivizing more drivers to move to the area.

This allows Uber to maintain reliability, driver availability and brings their network back into equilibrium almost instantaneously. 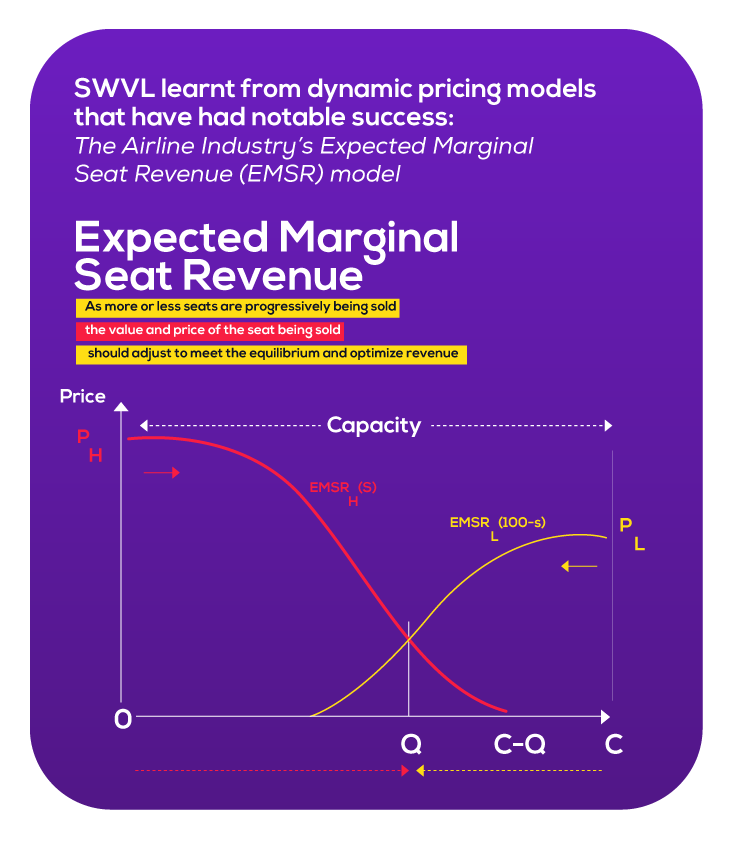 This expected value is used as the cornerstone to allocate a certain number of available seats to a specific price tariff, with the overall goal of maximizing revenue and improving the feasibility of making necessary shifts between different price tariffs.

The concept can be illustrated with an oversimplified example. Assume you have two different price tariffs, a high price and a low price, with a limited seat capacity of a set amount (C=100%).  In this setting, we want to come up with an optimal number of seats, Q, while ensuring they are being sold at an optimal price which allows the company to maximize revenue.

The probability of selling one more seat at any given point helps calculate the Expected Marginal Seat Revenue (S).

Swvl is a technology-driven solution to public transportation committed to enabling mobility within and across cities, by combining the convenience of a hop-on-hop-off service with the reliability of a confirmed seat.

Operating with a high-quality fleet, and a constantly growing network of fixed and dynamic routes, it uses algorithms to take people where they need to go — quickly, safely, reliably, and comfortably.

The base price for each trip is determined by a proprietary model which accounts for several factors including but not limited to; distance, time, vehicle type, service segment, area demand, and operational frequency.

What it achieves is the standardization of price in correspondence with the level of service provided i.e. standardizing the value of a trip from point A to point B at 3.00 pm in a premium vehicle from a station that is a three-minute walk from a current location and many more distinct characteristics.

Despite the sophistication of Swvl's base pricing model and continuous improvements to provide its customers with the most fair price for its service, the company needed another layer of dynamic pricing to further optimize its revenue stream at a network level.

This is because while the service level is standardized, each customer is unique, with a different set of preferences, and hence a different willingness to pay for each level of service, regardless of standardization.

While Real-Time Demand Responsive Pricing is highly relevant to Swvl's business model, the uniqueness of its operations prevented it from adapting existing solutions to dynamic pricing.

Among other concerns, two factors the company had to consider were:

However, the heuristic approach of ESMR and the network balancing approach of surge pricing provided a crucial starting point Swvl could leverage to develop its own dynamic pricing model best adapted for its business model.

Generally, the heuristic approach to problem-solving uses a practical method or various shortcuts in order to produce solutions that may not be optimal but are sufficient given a limited timeframe or deadline.

Using the ESMR and the network balancing approach as a baseline, the company restructured its thinking to adapt it for stochastic demand/cost functions, where a random probability distribution or pattern may be analysed statistically but may not be predicted precisely, and follow a more Bayesian Framework, or revisiting the probability for a hypothesis as more evidence or information becomes available. 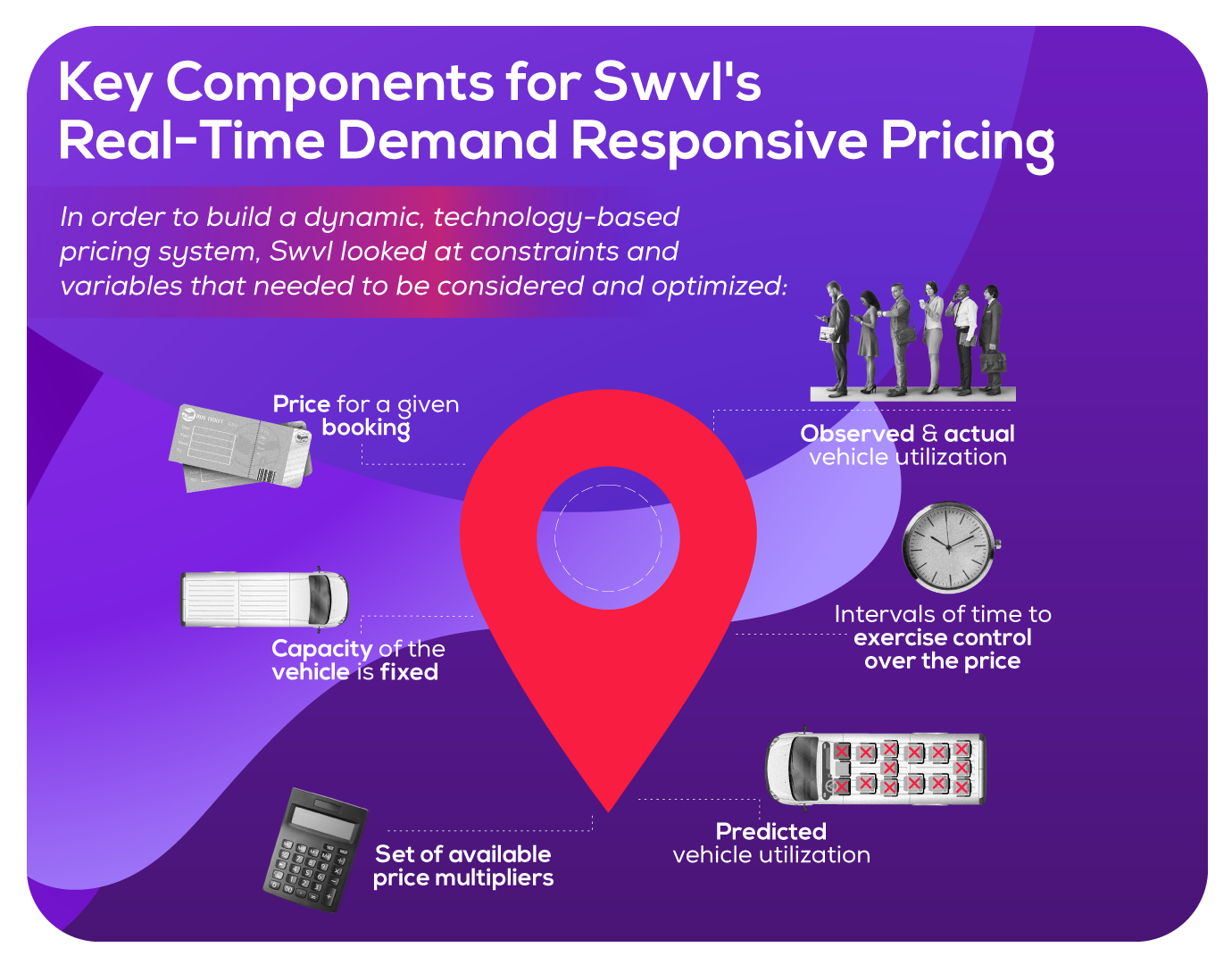 In order to build its framework, Swvl looked at constraints and variables that needed to be considered and optimized.

It considered the following factors:

Given the constraints of its operations, Swvl's objective is to apply a different set of pricing multipliers to its base price for each time interval between dispatch and ride, to make sure that the predicted revenue after the application of the multiplier can be increased.

While the multiplier can affect revenue in many ways, Swvl designed its framework so that multipliers are only applied when the probability of affecting the revenue in the following two ways is optimized:

Swvl relies on a combination of exploiting the historical data given a ride’s characteristics and a probabilistic approach to be able to consider all possibilities.

Statistically speaking, this output can be considered the expected-predicted value, which tends to minimize the company’s error margin at the network level. Having an approximation of the predicted utilization of the vehicle helps reduce the formula for predicted additional revenue.

With this baseline in place, Swvl added one additional layer of abstraction to constrain its price multiplier roaming function:

This layer of abstraction helped Swvl fine-tune its roaming function and provided greater stability, helped it avoid cannibalizing its own revenue stream, and more aggressively optimize it to further balance the marketplace health and customer experience.

The new framework was extensively A/B tested across various control and treatment groups. Swvl results showed that groups seeing responsive prices were not only yielding a 9% uptick in overall revenue but also had more stable and predictable returns across the network. This gave them the confidence to scale up the framework for larger groups of users.

Once the earlier versions of its dynamic pricing framework were ready, Swvl started to finetune the multitude of its moving parts by testing and experimenting with various hypotheses.

With each iteration, it gradually improved its setup, and revised many underlying assumptions. To date, the model has been tested in a variety of different cities, countries, and categories, and it has had demonstrable success in each market.

Swvl's gradual experimentation and roll-out hit maximum coverage almost one year ago, and the framework has become an indispensable part of its business ever since.

Swvl understood that the success of this model would help balance its marketplace by minimizing excess demand (due to customers valuing its product differently) and maximize the utilization of its network.

However, an unexpected effect of Real-Time Demand Responsive Pricing has been the correction of Swvl's base price whenever there was a mismatch between the expectation of its customers and its provision. These provided key competitive advantages that irreversibly boosted the company’s growth.

Despite these groundbreaking developments, to this day the task of deciding the “correct” price remains ambiguous. While there is constant scope for evolution, Swvl understands that any attempt to price must involve relying on data to understand demand and supply patterns, responding to real-time changes and challenges, constantly experimenting, and most importantly, staying true to a customer-first approach.

To learn more about Swvl: https://swvl.com/

Do you know how to implement a recruitment process?

Test your knowledge of Recruitment. 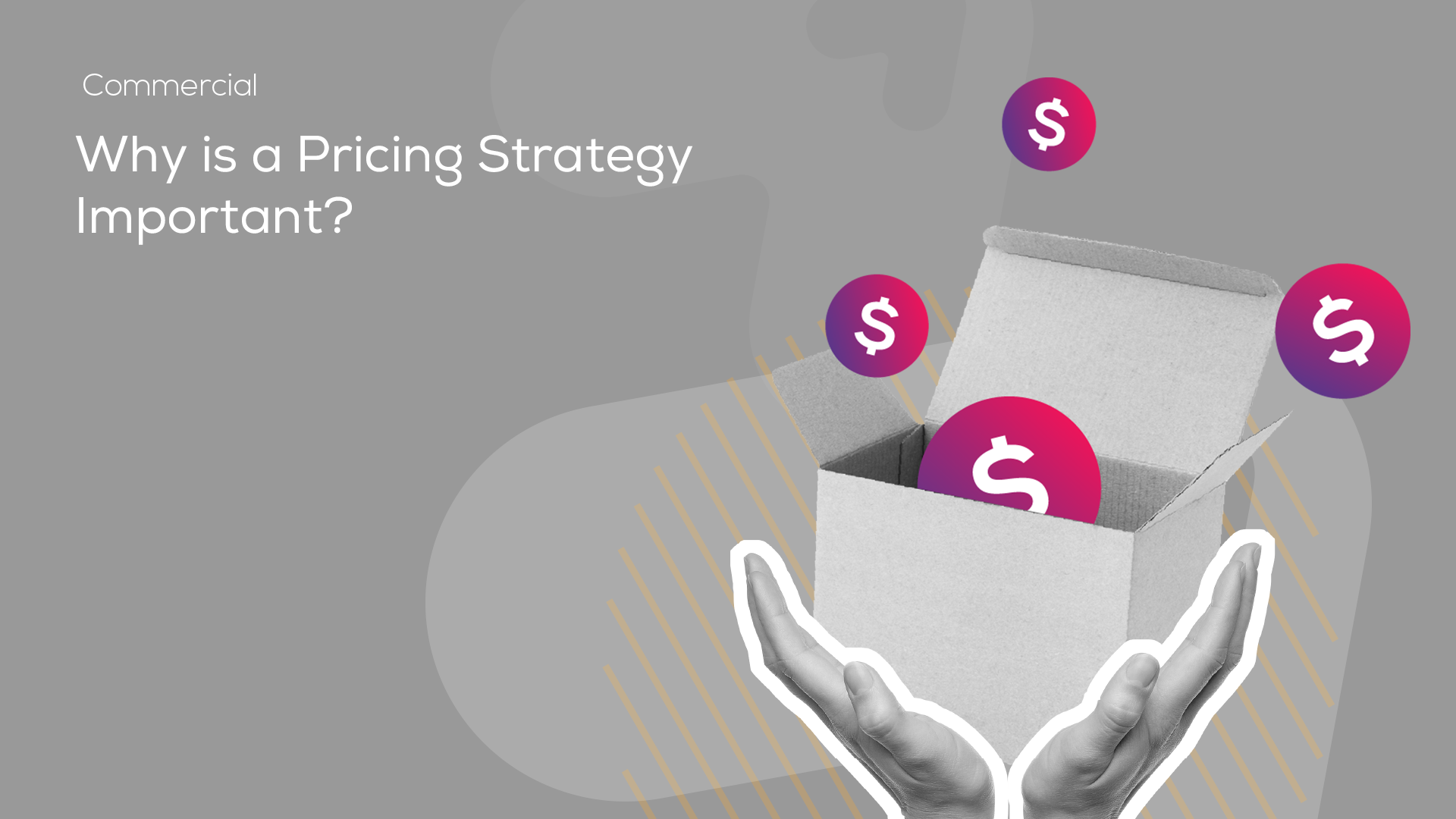 Why is a Pricing Strategy Important?

How much do you know about pricing strategies?

What is a pricing strategy and why is it important?

Why is getting the recruitment process right important?

What is the the Recruitment Process?

What makes a recruitment process successful? 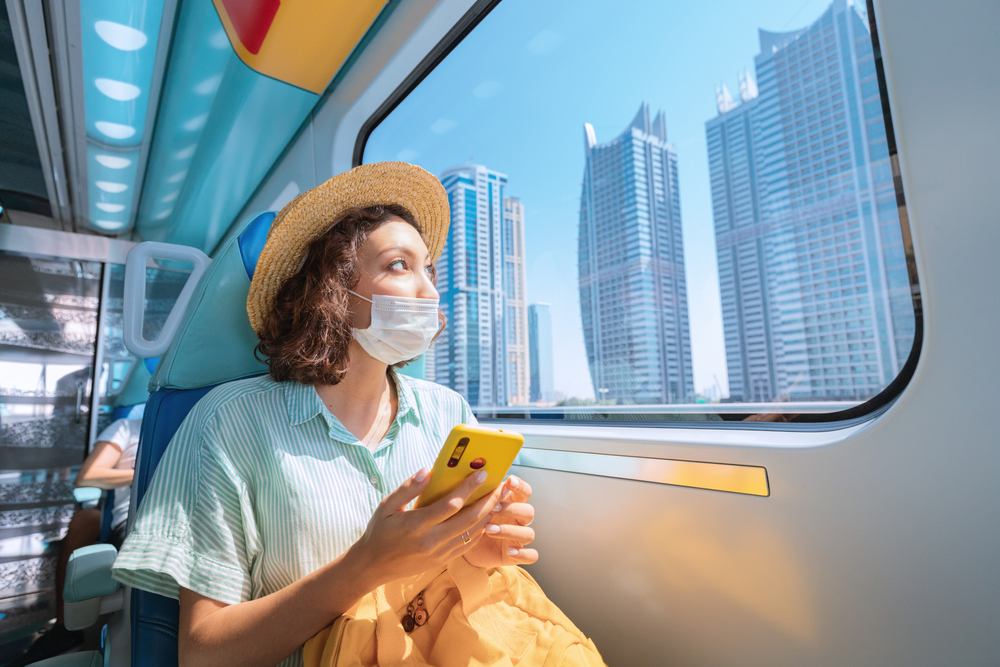 Course: What is crowdfunding and how can you unlock its potential?

Why do companies decide to rebrand? 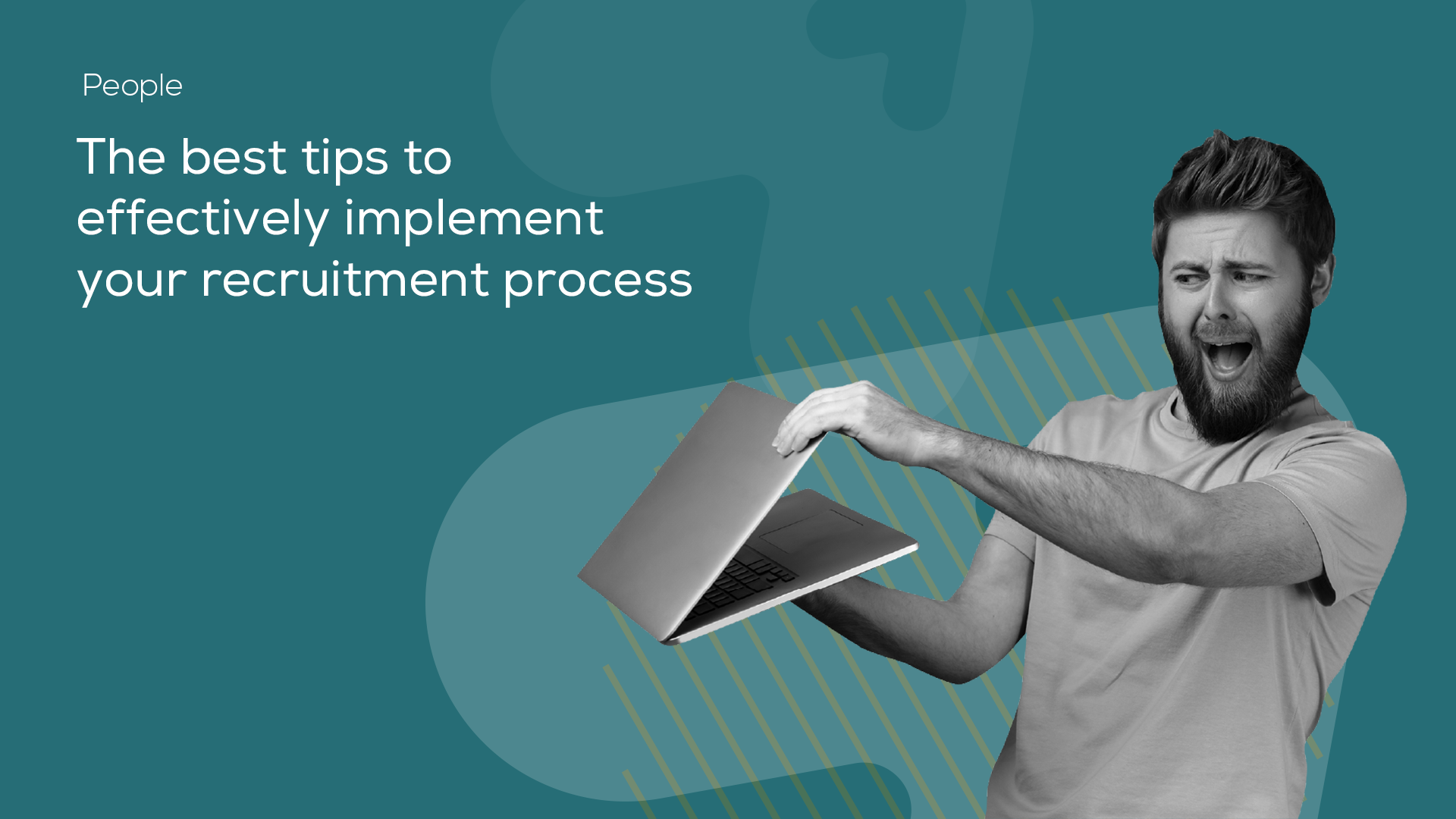 How to successfully implement the stages of a recruitment process

How did Salesforce Grow its B2B Sales? 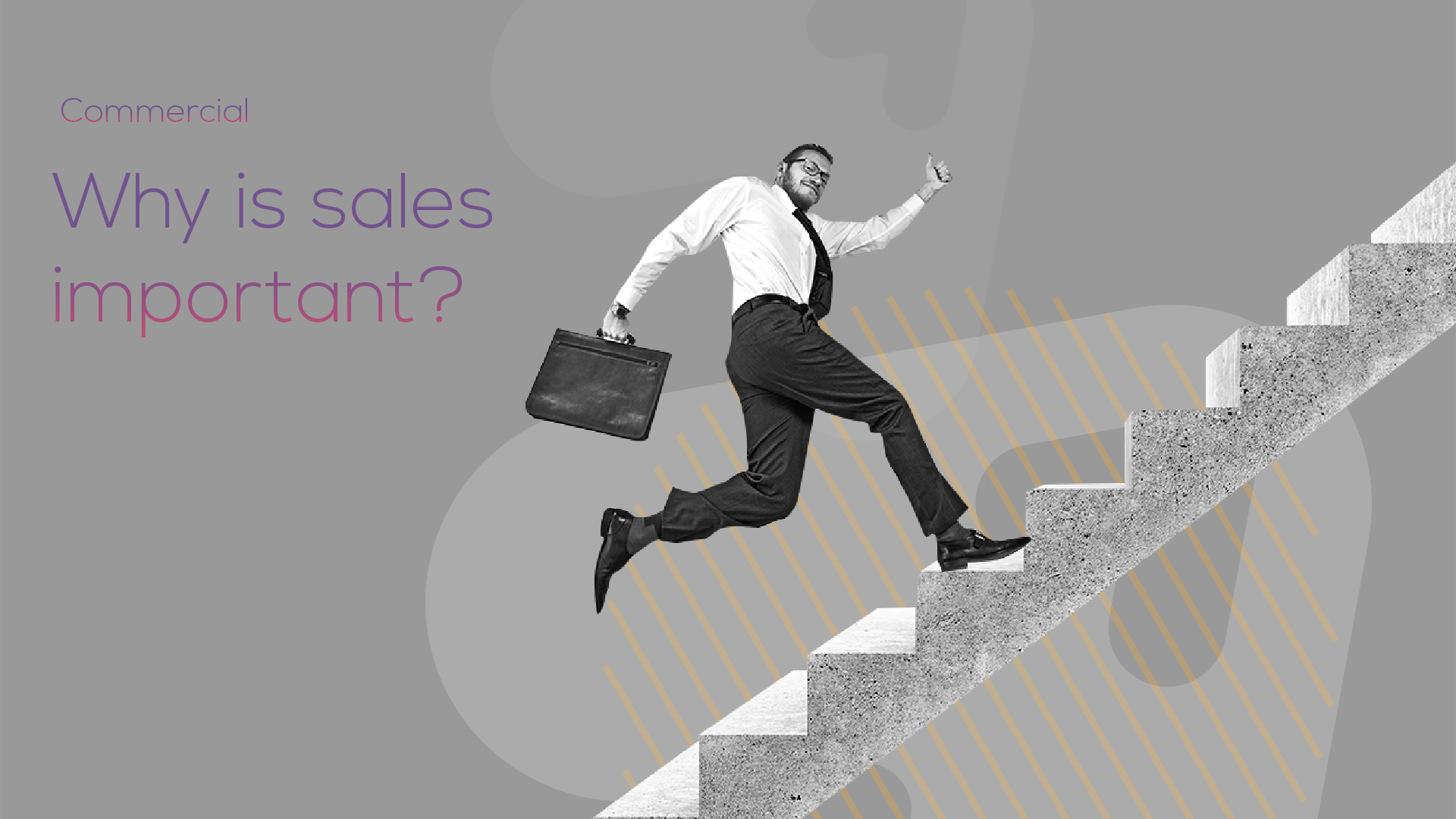 Why is Sales Important?

What is B2B Sales? 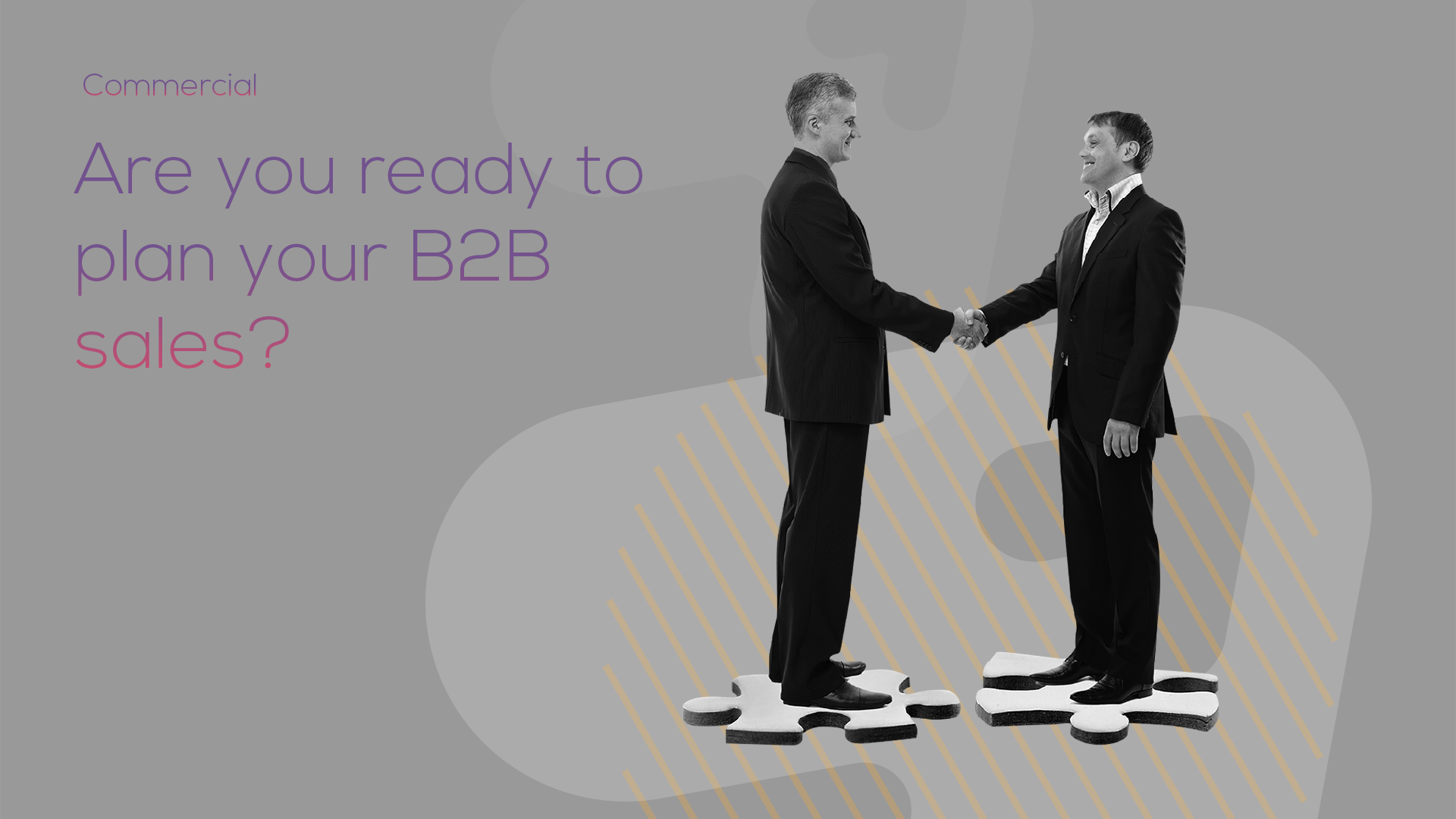 How to create a successful B2B sales process?